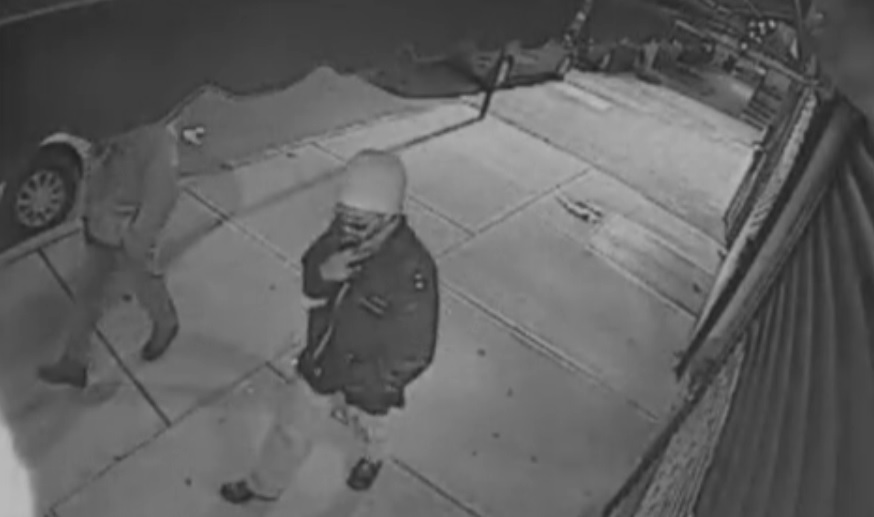 The city’s police department released a surveillance video of two possible suspects who might have been involved in Monday’s shooting on 21st Avenue that left a city man wounded in the chest, face, and eye.

The video show two possible suspect swaggering in the area where the shooting took place on Monday at 4:30 a.m. The video, time stamped 3:33 a.m. (possibly due to daylight savings time), show the two suspect running out of the area following the shooting incident.

“The individuals seen in the video are wanted for questioning in this incident,” said Patrick Murray, head of the Ceasefire Unit.

Police are seeking to identify the two individuals in the video. Murray said the police department is offering a monetary reward to anyone with information that will lead to the identification of the men.

“There is a monetary reward being offered for information leading to the identity of these individuals,” said Murray.

Anyone with information is asked to immediately contact Detective Carlos Charon or Prosecutor’s Detective Ricardo Ferreira of the Ceasefire Unit at 973-321-1342, or by calling the Paterson Police Confidential Tips Line at 973-523-TIPS (8477).