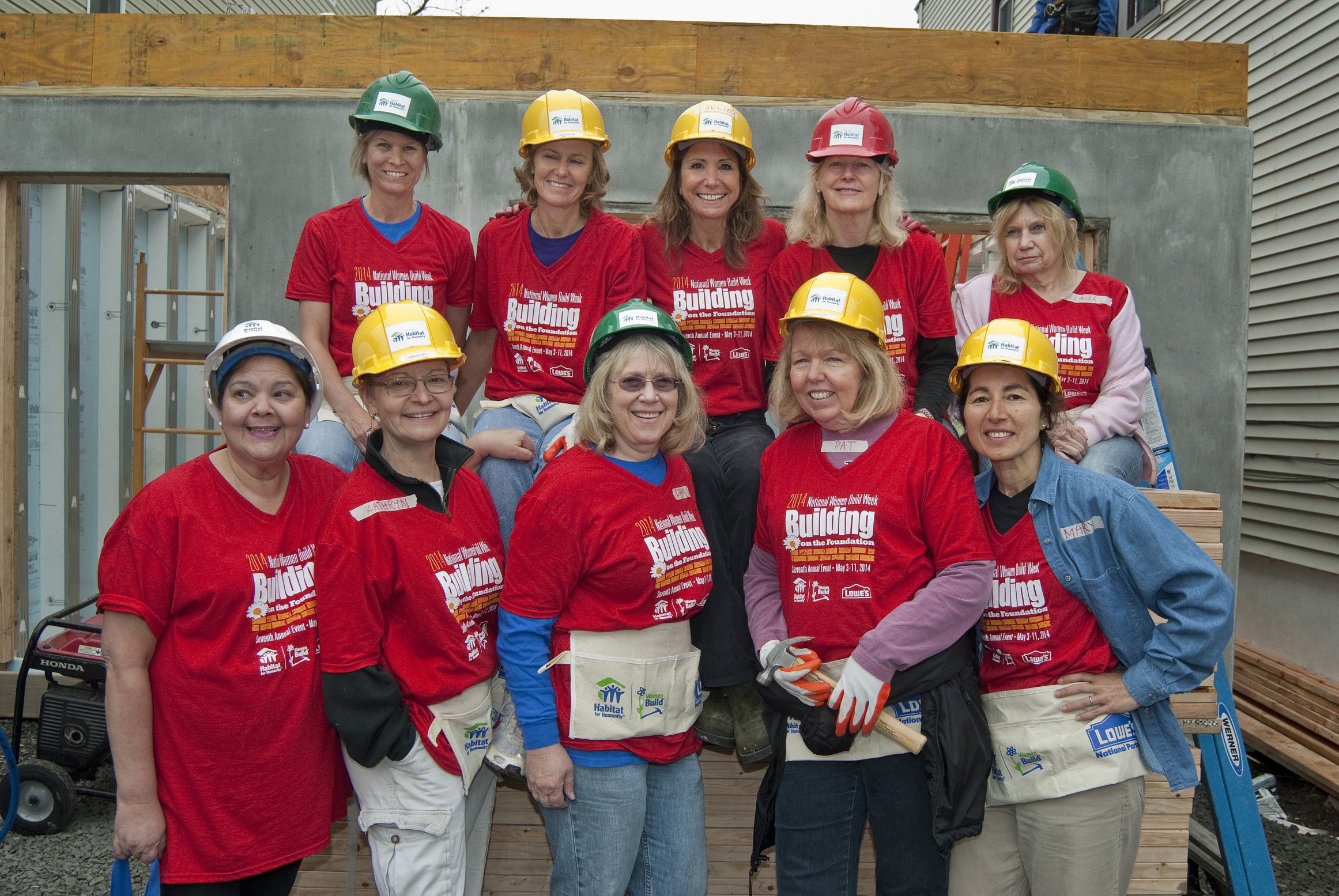 About two dozen volunteers, mostly women got together to commemorate National Women Build Week at a Habitat for Humanity construction site in the city last Friday.

Paterson Habitat for Humanity, a non-profit, put on the program with the help of Lowe’s, a construction supply company, and Julie Edelman (3rd person on the back row), the Accidental Housewife. In its seventh year, the program encourages women to volunteer a day, between May 3rd to 11th, to help build affordable housing in local communities.

The week highlights the challenges women face in obtaining housing for their families. “I’m humbled and privileged to be a part of this incredible initiative putting hammer to nail, side by side local volunteers and Lowe’s to help build better lives and affordable housing for women whom so richly deserve it,” said Edelman.

In 2008, the company helped the non-profit launch its build week for women. “As part of National Women Build Week, we’re encouraging women across America to raise a hammer to help create safe and affordable housing in partnership with local families,” said Joan Higginbotham, spokesperson for the company.

The non-profit estimates lack of housing using poverty estimates provided by the national census. The organization estimates there are 16.1 million children who live in poverty in the United States. Out of that number 24-percent of those children live in households headed by women.

“In Paterson more than 50% of families are in need of affordable housing,” according to a news release issued by the non-profit.

The non-profit will receive a $5,000 store gift card from the company to buy supplies to build homes in the city.