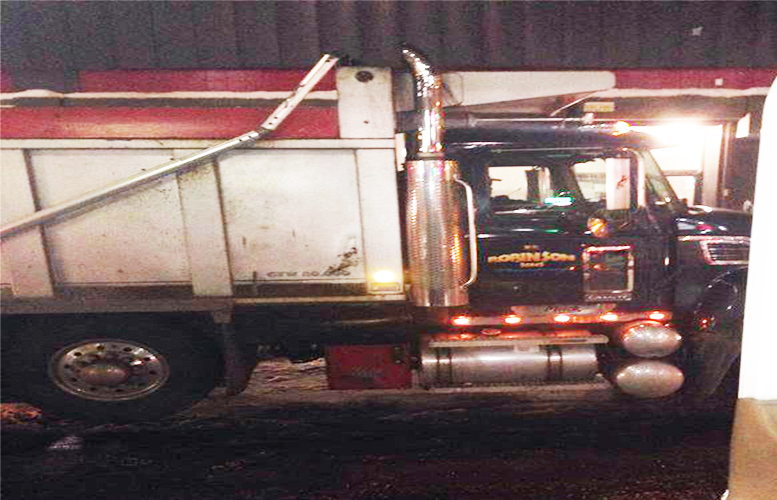 During February’s snow emergency, the city’s public works department hired E. Robinson and Sons, a company whose principals, among them, include one of the mayor’s bodyguards.

The city entered into an emergency contract with the company in February to truck piles of snow off the streets, not knowing that a police department employee was connected to the company.  Claudy Robinson, a city police officer, is listed as a principal of the company, creating an ethical dilemma.

The city’s personnel policy which includes an ethics guideline, states that: “An actual or potential conflict of interest occurs when an employee is in a position to influence a decision that may result in personal gain for that employee or for a relative as a result of the city business dealings.”

After the conflict of interest was discovered, the city attempted to correct itself. “After I discovered that he was on that list that we had obtained,” said Charles Thomas, the city’s business administrator, “I, in fact did stop him from receiving any further funds.”

Council members said the conflict should have been discovered prior to awarding of the contract and not afterwards. “I find it difficult to understand why that relationship would not have been identified upfront even before they were given the contract,” said William McKoy, 3rd Ward councilman.

“These are the types of things that are mostly vetted before a contract is awarded,” added Kenneth Morris, councilman at-large.

McKoy said Robinson, who is a bodyguard to Jeffery Jones, the city’s mayor, is well-known and should have been aware of the conflict. The city’s policy manual states that when an employee recognizes a conflict he has a responsibility to inform the higher-ups.

“I’m not sure what the conflict would be if they come in the cheapest, and the city had used them before, going back as far as 15 years ago. Why would there now be an issue with it now?” asked Christopher Coke, director of the Department of Public Works.

Coke said the company was the least inexpensive out of all the others. “The truth is they came in at the lowest, we actually paid $15 extra by not using them,” said Coke.

The director said he was contacted by the business administrator, who stated that the city could not use this firm after a conflict of interest was discovered.

“It’s not the first time we’ve used them. They’ve been used by the city even prior to me being the director of public works and prior to the mayor being the mayor,” explained Coke.

Neither McKoy nor Morris recalled having voted on any matters involving this firm in the past. “To the best of my knowledge this is the first time we’ve actually voted on anything to compensate this particular company,” said Morris.

Although the conflict was there, the administration did not mention or include any paperwork explaining the situation to council members during a vote last week paying out a total of $165,000 to various companies that were contracted during the snow emergency. Of the total amount, $11,800 went to the company.

Thomas, who was not present during the last council meeting, said there should have been an attachment to the resolution with explanation. However, no such document was attached to the resolution.

The business administrator said he has informed the legal department about the matter and it is looking into it. Domenick Stampone, the city’s head lawyer, did not respond to a call seeking his comment for this story.

Tammori Petty, spokesperson for the state’s Department of Community Affairs, said ethics matters are not discussed publicly. “Ethics matters are addressed though the Local Finance Board, which will not publicly discuss such matters,” said Petty.

“I voted against it because there was just so many things that surrounded it that were just not connecting for me,” said Morris. “This just didn’t seem right.”

Jones was not available to provide a comment for this story; this paper also made multiple attempts to contact the company without success.