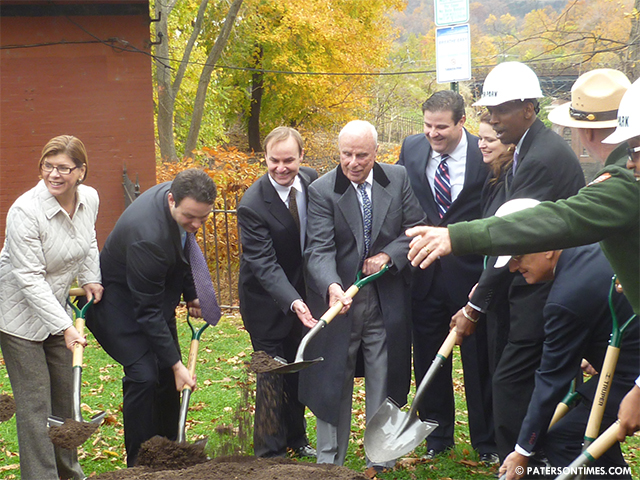 A change order approved by city officials last week will increase the site improvement cost for Mary Ellen Kramer Park from $1.6 to $1.9 million.

The increase marks an additional $283,813 expenditure for the city which will use Passaic County Open Space and New Jersey Green Acres to cover the added costs.

The need for the extra money surfaced when, during the course of its work, JC Landscape Construction and Management Company of Pequannock determined it was necessary to retain existing trees on the site “to avoid the costly and lengthy process of preparing for a flood hazard area individual permit,” according to city records.

The company was also directed by the city to replace two existing light fixtures to increase illumination for better safety.

The Passaic Valley Water Commission which has a pumping station nearby also “requested several erosion repairs to the pump house area including concrete wall repair and concrete swale repair,” according to records.

The company performed tests pits to find the water utility depths and identified shallow utility areas where it must limit machinery traffic to avoid potential damage. The company submitted a revised plan to the city which limits machinery in the damage prone areas.

“Due to the project time delays associated with these above design changes, several certified fill materials associated with the site remediation capping are no longer available and new sources need to be secured at a higher price,” reads the resolution approving the change order.

The change order does not substantially change the character of the project.

The company was awarded the site improvement contract in May 14th, 2013. In November, officials broke ground on the site commencing construction, since then the park has been closed to the public.

At the ground breaking ceremony officials stated construction would be completed in 14-months; it was estimated the park would be re-open to the public by 2015.