Jones still thinking whether to repay the $17,000 in vacation pay | Paterson Times 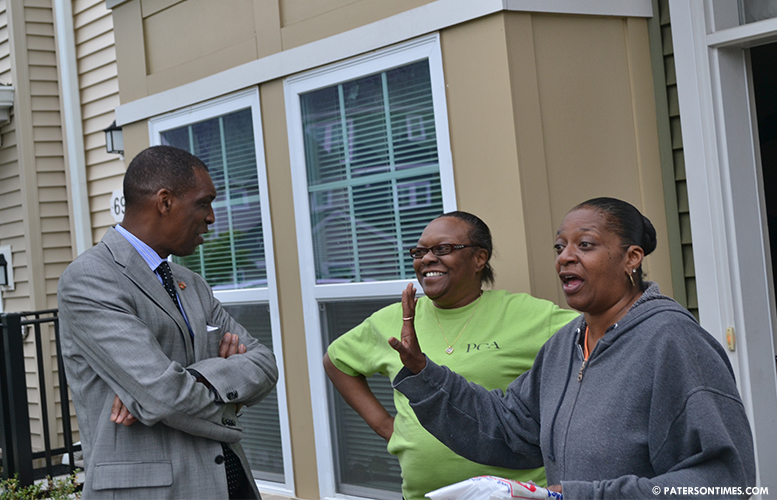 Three months after it emerged he took $17,000 in unused vacation pay, mayor Jeffery Jones on Thursday said he is still considering whether to return the money.

“I haven’t made my decision yet,” said Jones when asked whether he had returned the $17,395 in unused vacation time he had received between 2011 and 2012.

“I’m curious about how somebody with a $78,000 walk-away got away with it,” questioned Jones. The mayor alluded to Jose “Joey” Torres’ $74,000 in sick and vacation that the former mayor – current mayor-elect – cashed out prior to leaving office.

Torres said the mayor’s juxtaposition is off the mark. “He’s mixing apples and oranges,” said Torres.

In 2008, Torres took $3,169 in vacation pay, which he has since repaid to the city after taxes. “I didn’t cash out my vacation time,” said Torres. “The records will show I was paid twice and when it was brought to my attention I reimbursed the city for the full amount.”

Following the revelation, Jones promised, in a letter to residents and council members, to repay the entire amount.

“Unless we first show that it was an improper payment we don’t have any legal recourse to go after him,” said Kenneth Morris, chairman of the council’s finance committee. “What we can look to do is, since he still has two weeks left in office, as to whether or not we can deduct that amount from his final paycheck.”

Morris said doing that might not result in the entire payment being recouped, for the mayor receives roughly $4,500 per pay check. Morris said deducting Jones’ salary that way without first figuring out the legality of the matter is risky.

“If we can’t show that we’re legally allowed to do that he can have a cause of action against the city which can cost more than $17,000,” said Morris.

Morris said the council has a limited set of options, among them is a court judgment against the mayor to repay. “If he is unwilling to pay back the money, the only other recourse we have is to seek a judgment against him,” said Morris. “We can’t consider moving forward with that action until such time it’s shown that he’s not going to be repaying the money.”

Morris said the city can move in that direction if Jones deviates from his promise to repay the full amount or does not enter into some sort of a payment arrangement with the city before July 1st, 2014. Jones’ leaves office on June 30th, 2014.

Jones said he has not forgotten the letter in which he promised to reimburse the city. “I’m not there yet, but I remember what I said,” said the mayor.