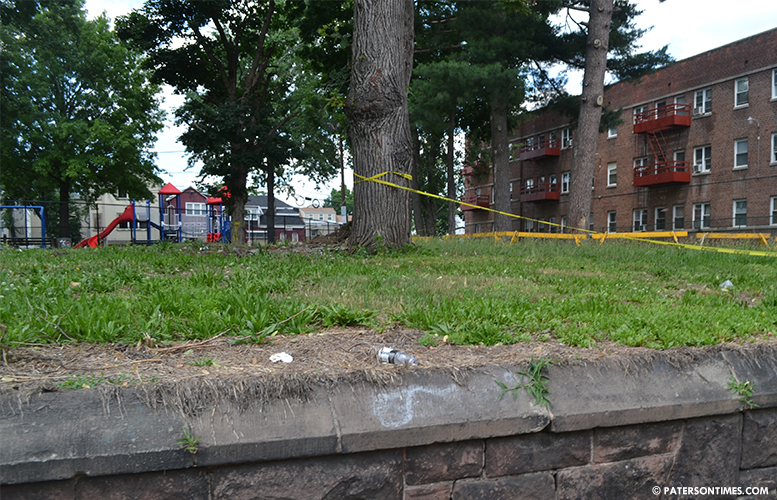 City officials on Tuesday evening entered into a $219,000 contract with a Pequannock based company for the remediation of contaminated Barbour Park.

Ruby Cotton, 4th Ward councilwoman, urged council members to approve the contract to get this park back into the hands of neighborhood children. “The children in that neighborhood need this park,” said Cotton.

Pequannock based J.C. Landscape Construction and Management Company, which is also working on Mary Ellen Kramer Park, was issued a $218,685 contract to remediate the park and make other improvements, according to the approved resolution.

Five other companies submitted bids to clean up the park of containments. Let it Grow of River Edge wanted $231,730 to remediate the park. AWT Environmental Services of Sayreville bid $326,812; Enterprise Network of Winslow and V&K Construction of Edison were unresponsive, according to city records.

The only city company to bid on the contract was APS Contractor of East 33rd Street which was also unresponsive, according to records.

Cotton shared background information about the park. “The park has been shut down for almost two years as of August of this year,” said Cotton.

The park was cleaned up by area residents and the Paterson Public Works department after ABC News filed a report in July 2011 showing used needles, discarded pill bottles, heroin wrapper, and liquor bottles in the park.

Then newly elected and confident mayor Jeffery Jones responded to the scene with public works workers and cleaned out the park and a police officer even arrested a junky nearby.

About a year later in August 2012, the park was shut down after soil tests – completed as a requirement to apply for state Green Acre funds fix up the park — showed high levels of lead contamination in the ground.

Cotton repeatedly told council members this park is needed for neighborhood children. They need a place to play and enjoy, stated Cotton. Kenneth Morris, councilman at-large, said he probably would have voted against awarding the contract had the councilwoman been less persuasive with her plea.

“I’m actually glad the councilwoman made that passionate plea because my reaction was not to support this — I don’t see any of Paterson’s landscaping companies listed on this RFP [request for proposal],” said Morris.

Morris confirmed only one company that was listed in the resolution. We have quite a few landscaping companies in the city, said Morris. Morris voted in the affirmative approving the contract.