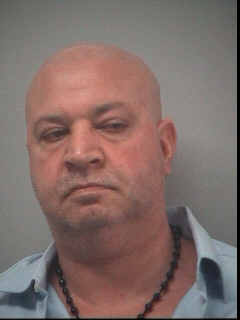 Darweesh Abdullah, 49-year-old, was arrested on Tuesday at around 11:46 p.m. during an interdiction detail near the Route 80 exit to the city. “A motor vehicle stop was conducted on a 2006 Hummer H2 which was being operated in an erratic manner with a rear tail light out,” sheriff’s office said.

Abdullah was pulled over by detective Jamie Tangorra. The detective deployed a K9 unit to sniff out the vehicle’s exterior for smell of narcotics. The dog, Archie, gave positive indication that Abdullah and the vehicle’s passenger side door had drugs inside it.

Officers searched the interior of the vehicle to find a sophisticated hidden compartment in the center console of the Hummer. “Inside the compartment was (1) kilo of synthetic powder MDMA, with a street value of $45,000, which is used to make “Ecstasy” and “Molly,” according to the sheriff’s office.

Abdullah was processed at the sheriff’s office and charged with possession of controlled dangerous substances and intent to distribute, Berdnik said.

The suspect was transported to Paterson Police Department awaiting bail hearing. Abdullah’s vehicle which has a resale value of $27,000 is being seized pending forfeiture, Berdnik said.

Abdullah had in possession $604 in suspected drug money which also has been seized.