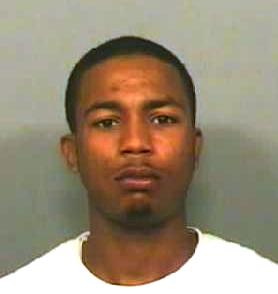 A 25-year-old man who severely wounded a city man during a weekend shooting on Grimes Place has been brought into police custody, according to the Paterson Police Department.

Lamar Morris, 25-year-old, a city resident, was identified as a suspect of Saturday’s shooting by police following an investigation. Morris was arrested by police hours following the incident.

Morris has been charged with attempted murder, weapon possession, certain person not to have weapon, and tampering with evidence, police said.

Morris allegedly wounded a city man during an altercation outside 8 Grimes Place on Saturday at around 5:30 a.m.

The victim was shot in the upper body and left in a nearby parking lot. Police responded to an alert of shooting in the area and rushed the victim to St. Joseph’s Regional Medical Center for treatment.

The victim remains in critical condition, police said. Morris’ bail is set at $1 million, according to police.

The investigation is still active, and anyone with information is asked to contact Detective Carlos Charon or Prosecutor’s Detective Ricardo Ferreira  of the Ceasefire Unit at 973-321-1342.