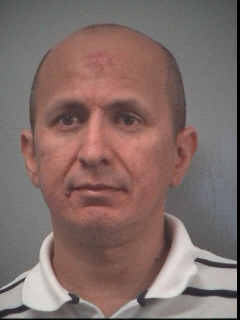 Wilson Sanabria, 47-year-old, flew in from Miramar, Florida to initiate a sexual relationship with a 12-year-old girl he had been communicating with over the internet. “Sanabria flew in today from Florida for the express purpose of having sex with a child,” said Berdnik. “Sanabria was arrested in Woodland Park, where he thought he was meeting a 12 year old female he had been communicating with on the internet.”

The underage girl Sanabria came to meet to have sex with was in fact an investigator from the Sheriff’s Office Internet Crime Unit. When Sanabria arrived to meet the girl, he found himself face to face with detectives who had an understanding of his intentions in the county.

Sanabria is being held on a $1 million the Passaic County Jail without a 10-percent option, Berdnik said.

“As a father of four children, I consider the investigation and arrest of individuals involved in the exploitation and abuse of children to be a continued priority of the Sheriff’s Office,” said Berdnik. “As technology continues to invade our daily lives, unfortunately, law enforcement still continues to see an increase in computer related criminal activity.”