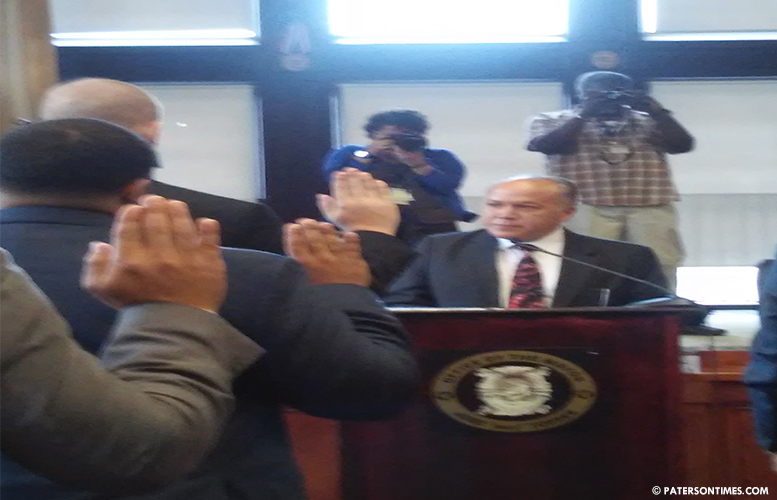 More than two-dozen police officers were sworn in on Monday afternoon as the city seeks to strengthen its police force.

The officers, mainly fresh-faced recruits, who must attend 28-week of police training before joining the rank and file of the city’s police department, will boost the city’s total police officers count to 401, according to department officials.

“This is a big deal,” said Bill Pascrell, congressman representing New Jersey’s 9th Federal District. “Out in the streets people are expecting you are of high moral quality.”

10 officers were hired through $1.6 million in federal Community Oriented Policing Services (COPS) Hiring Program grant and the rest were hired using money from the city’s treasury.

Promising to restore the police officers count to pre-layoff levels, Torres told the new officers he will not rest until he rebuilds the city’s police force. “I will not stop until I reach my goal of returning 100 police officers to the streets of Paterson,” said Torres.

“You got a tough job,” said Pascrell. “You need the community on your side, you gotta have their confidence.”

Acting police chief William Fraher struck a somber note alluding to the recent shooting death of a 23-year-old police officer in Jersey City. “There are special dangers inherent in our job,” said Fraher. “You need to be mindful of the things you learn in the police academy and take them with you every single day.”