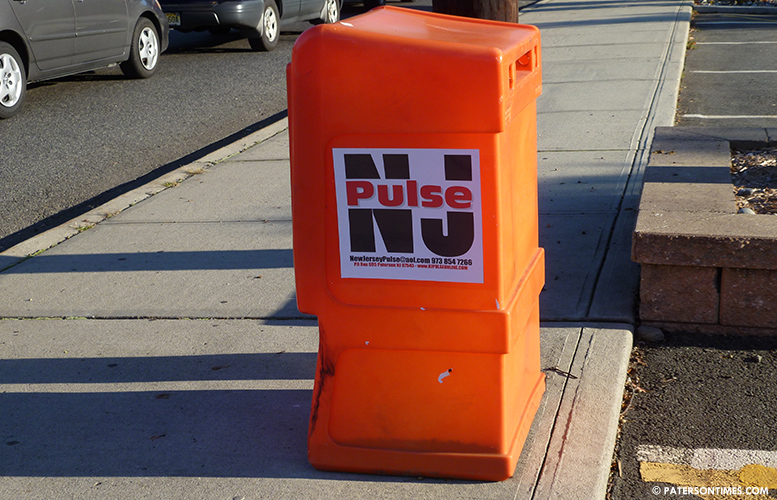 A city police officer who was pilloried in the Paterson Pulse newspaper after an unfriendly interaction with the publication’s founder lost her case in an appeal in the New Jersey Superior Court earlier in the month.

The case stemmed from a four-year old incident. “On September 4, 2010, Ackerman saw Baldeo’s illegally parked vehicle, which bore a Police Benevolent Association (PBA) courtesy plaque, and told him to move it or it would be ticketed or towed,” an opinion issued by judges Julio Fuentes, Marie Simonelli, and Douglas Fasciale reads.

Baldeo claimed during the incident Ackerman “threatened, intimidated, harassed, and bullied him, and screamed at and humiliated him in front of some public officials,” according to court records.

Following the incident three articles were published in Baldeo’s newspaper chronicling the acrimonious event with additional material. “Among other things, the articles reported that private citizens referred to Ackerman as a “Hitler Cop” who bullied, intimidated, and cursed at citizens, and unfairly issued them tickets,” according to court documents.

After the articles were printed Ackerman sued Baldeo over defamation. Ackerman in her suit claimed Baldeo reported falsehoods about her and defamed her name. “Ackerman asserted that Baldeo acted in reckless disregard for the truth by failing to verify or corroborate this information,” the opinion reads.

Baldeo defended himself in court stating that he verified the information that was reported in his newspaper prior to publication. Baldeo asserted that he interviewed sources to verify information and submitted several unsuccessful open record requests to obtain information from the city.

Court records state that Baldeo spoke to a Paterson Public Works Department employee who shared an incident where Ackerman treated him badly over a similar incident. Baldeo used the public works employee and an anonymous source, according to court records, to report the three unflattering articles about Ackerman.

In March 2013, a court judge ruled in Baldeo’s favor, “The judge found there was no evidence that Baldeo ‘knew his articles were false or whose veracity was highly in doubt.’ The judge noted that nothing in the record contradicted the facts that Baldeo investigated, verified and reported incidents that he either personally observed or heard from citizens,” according to the opinion.

Ackerman appealed. Both parties argued their side of the case before the three judges in February 2014. After which, the judges drew conclusions and wrote their opinion. Fuentes, Simonelli, and Fasciale affirmed the original ruling, stating that Ackerman couldn’t prove that Baldeo “made a defamatory statement of fact” about her which was false.

“A public figure, such as Ackerman,” according to the judges, “must also provide clear and convincing evidence that the defendant acted with actual malice.”

The judges found that Baldeo in publishing the articles critical of Ackerman did not do so out of malice. “Mere failure to investigate all sources does not prove actual malice,” the opinion reads. “The existence of malice depends on publishing with knowledge that a statement is false, rather than with ill will. Spite, hostility, hatred, or the deliberate intent to harm demonstrate possible motives for making a statement, but not publication with a reckless disregard for its truth.”

Ackerman, according to the opinion, could not establish that the statements written in Baldeo’s articles were false or that he knowingly published untrue statements.

In February 2010, Baldeo’s publication was similarly sued by Sixth Ward councilman Andre Sayegh. Sayegh alleged that the newspaper published “defamatory and untrue” statements about the councilman. A judge later dismissed the suit in Baldeo’s favor.

“Here, there is no evidence, let alone clear and convincing evidence, from which a reasonable jury could conclude that Baldeo acted with actual malice in publishing the articles,” reads conclusion drawn by Fuentes, Simonelli, and Fasciale. “Assuming the articles contained defamatory statements of fact that were false, there is no evidence whatsoever that Baldeo knew the statements were false or that he actually doubted their veracity.”