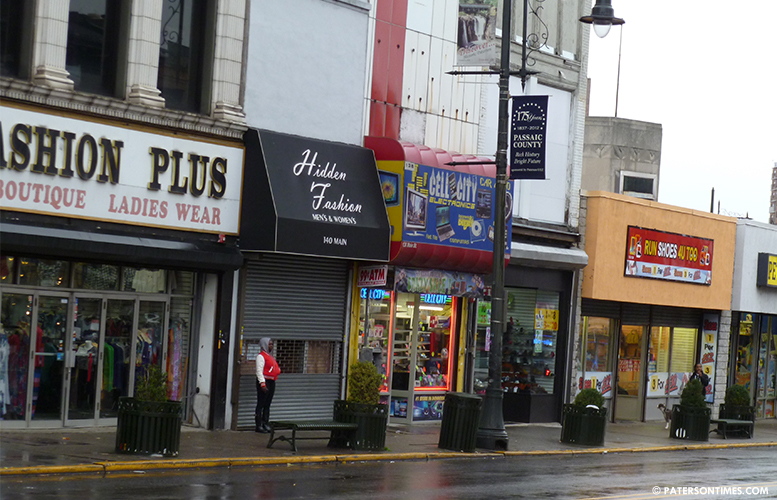 A coalition of grassroots organizations have submitted 3,500 petitions to the city clerk’s office to trigger a ballot initiative with an ordinance that would provide earned sick days to private sector employees in the city.

The ballot initiative organized by the New Jersey Working Families Alliance seeks to compel the city to pass an ordinance that would force private companies into granting employees one-hour of sick paid time for every 30 hours worked, according to the sample ordinance.

We urge the council to take up the ordinance, said Robert Duffey, policy and communications director for the alliance. The alliance, which submitted the signatures on Tuesday, holds that earned sick days should be a basic right in the workplace.

On Wednesday, the city council held a discussion on the matter, during which none of the council members came forward to introduce the legislation for a vote in the council. “We should let the constituents decide whether this is something they want,” said Maritza Davila, councilwoman at-large.

During that discussion law department director Domenick Stampone explained the technical details of ballot initiatives to the council. Under the Faulkner Act, legislation that establishes the city’s governmental structure, if the alliance can get 10-percent of signatures based on the total votes cast in the last general assembly election, the initiative can be placed on the ballot in the next general election or the next municipal election, said Stampone.

“If they manage to get 15-percent of the number of votes cast in the last general assembly election they get their own election, a special election,” said Stampone. 1,200 signatures gets you on the ballot, 1,800 gets you your own election, said the director. After Stampone explained the technicalities, council members raised questions.

“Would the city have to adhere to this?” asked Morris. “The answer is no,” answered Stampone. Indeed, the ordinance only covers private sector companies.

Duffey said over 40-percent of workers in the city would benefit. Citing a Rutgers University study, Duffey added the city has 50,600 workers out of which 23,300, who are not offered earned sick pay by their employers, would reap the benefit of this ordinance.

Jamie Dykes, president of the Greater Paterson Chamber of Commerce, questioned the statistics. “We did a little bit of research with the state’s department of labor. We found there’s a little bit of disagreement with their stated figures and the state’s figures,” said Dykes. “The state showed it was [workers to be impacted] dramatically less than what the alliance was saying.”

It’s not as dramatic an issue as they are making it out to be, said Dykes. The president said the chamber, which is the preeminent voice of business in the city, is against the measure. Dykes said city businesses are small companies which, unlike the big corporations, have yet to fully recover from the Great Recession.

“Adding anything else to their cost and bottom line right now is a real hardship,” said Dykes. “It’s great to give people added benefits, but if it’s not there and it causes people to either go out of business or lay off existing staff members, I don’t see a net benefit in that.”

Duffey said the long term benefit of providing earned sick days are many. “It tends to decrease turnover of employees and their costs involving people coming to work sick,” said Duffey.

Duffey cites a bar in Belmar which closed for a few weeks following a mumps outbreak as a result of a sick employee, who reported to work. Duffey suggested, if that employee was provided earned sick days, an outbreak could have been prevented and the business wouldn’t have had to shutter for weeks, losing revenue.

“It doesn’t just keep families healthy, it keeps the economy healthy too,” said Duffey. Businesses are likely to come around and embrace the law after they see the practical benefits, said Duffey, citing San Francisco businesses, most of which have embraced the policy despite initial resistance.

Dykes said comparing San Francisco to Paterson is comparing apples and oranges. “We’re trying to rebuild Paterson’s economy. It’s a tough economy here. And if we have it and the towns immediately surrounding us do not, it puts us at an immediate disadvantage,” said Dykes. “It could lead us to losing some businesses and others laying off employees.”

Mayor Jose “Joey” Torres has indicated that he is in support of the ordinance which has already been enacted in Newark and Jersey City. However, council members have been cold at best.

Council members instead worried about the cost of running a special election. “The time that I have, 19 days, it’s not going to be able to go to the county clerk’s office for the general election ballot,” said city clerk Jane Williams-Warren on Wednesday. If the ordinance is not placed on the ballot in the upcoming November elections, the city, based on the large number of signatures, will have little choice but to incur the cost of a special election.

It’s unclear why the ordinance cannot be sent to the county clerk’s office and placed on the ballot for the November 4th, 2014 election considering the alliance has not faced a similar issue in Irvington, Montclair, Passaic, and Trenton – cities where similar ordinances are set to appear on the ballot in November. Duffey said petitions were dropped in the city and elsewhere on the same day.

Williams-Warren did not return a message seeking clarification.

Duffey said the grassroots organizations — New Jersey Citizen Action, the New Jersey Time to Care Coalition, New Jersey Communities United, SEIU 32BJ and CWA – are not seeking a special election, but are hoping the council will champion the issue through passage of the ordinance.

“We’re reaching out to all the council members right now,” said Duffey. “We’d prefer that [the council passes the ordinance], but we’re certainly prepared to take it to the ballot in November.”