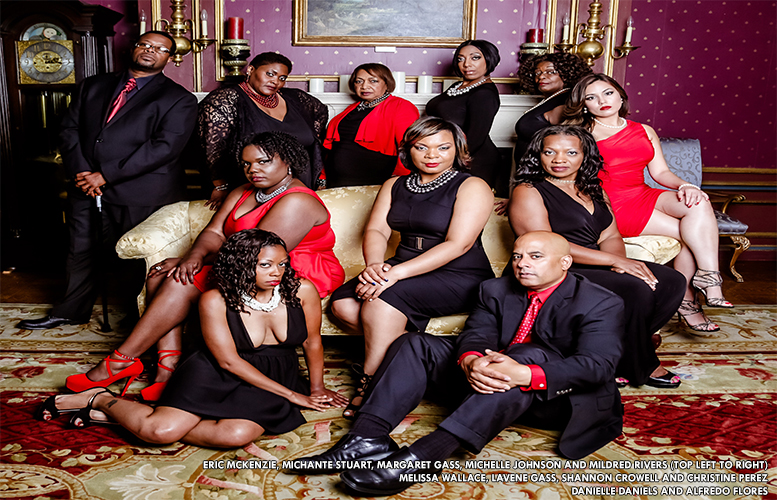 “The play is entitled ‘Pearls,’” said Lavene Gass, a city native, who has written and is directing a play in Bloomfield College in October. “A pearl comes from an oyster,” said Gass, who attended School 4. It’s when a particle is trapped inside an oyster and it spins something of little value into a gem, she said.

Stretching that metaphor Gass placed 10 characters inside a church meeting room or fellowship hall where they exchange quarrelsome chatter and witty barbs. The characters have mental dossiers on each other, about which the audience knows very little until the material is employed in verbal exchanges.

The play described as a dramedy by Gass, 32, doesn’t just include gossipy women, first ladies married to pastors, but also two men. “One is a pastor and the other one is a custodian,” said Gass. “The custodian is a deacon.”

Another character is furtively suffering through mid-life crisis until few of the characters figure out what’s happening behind the exterior, and attempt to expose her. Michante Stuart, 46, who plays the crisis plagued character, said she is attempting to cover it up, but to no avail.

Danielle Daniels, 30, who plays a counselor, knows about Stuart’s problem, but being reserved, quiet, and sympathetic to her plight avoids sharing with the others.

When asked how she went about assigning the roles, Gass said she picked individuals she thought were good for the part out of her church congregation at the First AME Zion Church on Ellison Street. “I intentionally picked her because in real life she is quiet,” said Gass, when describing the process she used to select Daniels to play a reserved character.

“She asked me one day after service,” recalled Stuart. “I just said okay.”

“She put a gun to my head,” joked Michelle Johnson. “I know how creative she [Gass] is and so I was honored when she asked me to be in the play.”

Stuart and others have experience being in church plays and musical events, said Gass. Despite having been part of the church’s choir Stuart said she is somewhat nervous to get on stage at the Westminster Arts Center in Bloomfield College in front of some 300 people.

“I get jittery,” said Stuart. Gass is hoping the months of rehearsals will have perfected the actors for the play in October. The group has been practicing scenes at the church to reach perfection for the debut since April. Musical direction is provided Dale “Skip” Van Rensalier the church’s music minister.

At the end of the play several characters will be unmasked. Some will have become stronger following the friction and rivalry, but others will not be as fortunate.

“You’ll be on the edge of your seat,” said Gass. “With anticipation,” added Johnson.