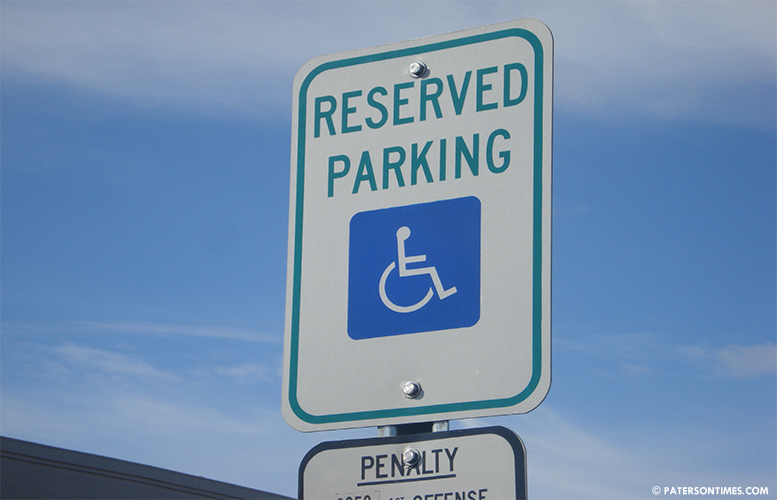 Drivers holding handicap placards will receive two hours of free parking in the city’s downtown commercial business district, if a new ordinance before the city council is approved.

The ordinance introduced by Kenneth Morris, councilman at-large, seeks to provide free two-hour parking to all vehicles displaying a disability placard issued by the New Jersey Department of Motor Vehicle.

“In essence what we’re saying is we’re going to recognize that you may need a little bit more time than a non-physically challenged person to conduct business in downtown,” said Morris.

The councilman said, during the campaign a number of senior citizens, particularly the handicapped seniors, expressed concerns over not having sufficient time to shop or conduct business in the downtown commercial business district after feeding the meters.

There have been incidents where seniors, who parked at meters to pay taxes in the city hall, but due to the long lines, upon return found their vehicles had been ticketed.

When asked won’t the ordinance deprive revenue to the city’s parking authority, agency that operates the parking meters, Morris said the benefits outweigh the costs.

“If there’s more folks shopping downtown, then the merchants benefit, and as a result there’s more income, more ratable, more sustainable and stable ratable in downtown,” said Morris. “I think it’s a small price to pay for 50-cents.”

The ordinance covers approximately 26 streets or sections of streets in the district. Council members will have a first vote on the ordinance on Tuesday.