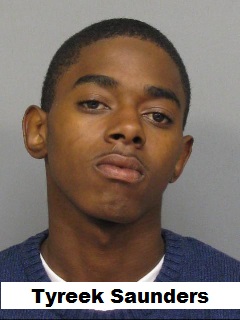 A 21-year-old city man has been charged with the death of his two-month-old son a week after authorities brought forth similar charges against the underage mother, announced the Passaic County Prosecutor’s Office.

Saunders and the teenager were in custody of the two-month-old infant during the morning hours of October 31, 2013. At around 8 a.m. on that Thursday the mother realized the child was not breathing. She and other members of the family called 911 for help.

Police officers and an ambulance arrived at the girl’s family home. Emergency medical personnel rushed the child to St. Joseph’s Regional Medical Center, but the infant died shortly after arriving at the hospital.

Authorities found the mother and the father responsible for the baby’s death. The mother, whose age authorities have not released, was charged last week with delinquency. If the mother was of age she would have been charged with manslaughter and endangering the welfare of a child, authorities said.