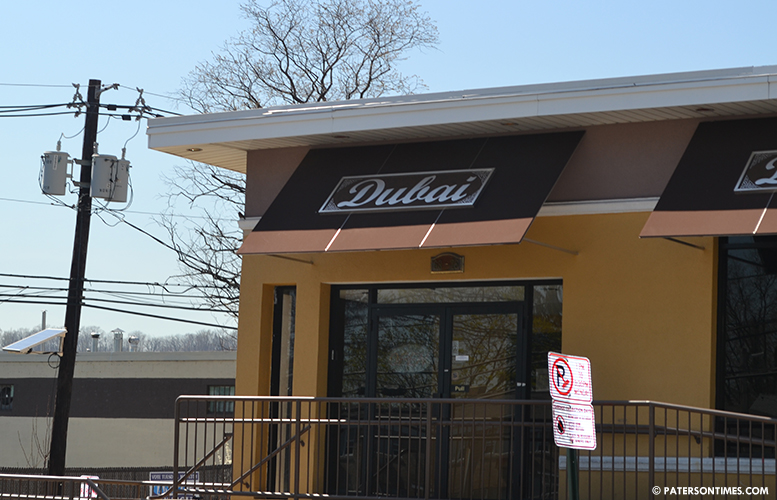 Local authorities went inside Dubai Lounge on Montclair Avenue at about 12:42 a.m. on Sunday to find roughly 50 patrons inside the establishment, some puffing on hookah pipes.

Six summons were issued and a man wanted on a $200 warrant was arrested, said captain Troy Oswald. “One person was arrested, but he wasn’t associated with the club,” said Oswald.

After authorities issued summons the club was shut down for the rest of the night. “The officers ended up closing the place down for safety violations,” said Oswald, who heads the department’s narcotics division.

Before officers marched inside the establishment, Andre Sayegh, 6th Ward councilman, said he received a large number of complaints from area residents. Hours before authorities cracked down on the established, Sayegh said he visited the site.

“I was there around 9 o’clock meeting with residents and they were very upset,” said Sayegh.

A representative of the lounge said the club did not have a disc jockey or DJ at the site, but it was playing music out of a computer playlist. The representative, who did not wish to be named, downplayed the incident, saying the club was not breaking any laws, but that Sayegh has been targeting them out of spite.

Nearby residents earlier in the year have complained the establishment prevents them from sleeping at night. Some cannot open their home windows because of the smoke, said a resident who lives just steps away from the club.

The club has been using the “Lava Lounge” name in its Instagram promotion campaign to increase business. In an ironic twist, the club is receiving the same treatment as well. “Next step is to proceed as we did with the Lava Lounge,” said Sayegh.

Sayegh said the club’s owner was arrested two weeks ago on a warrant. The establishment’s representative did not deny the arrest, but said it was a mistaken identity arrest: police apparently arrested him thinking he was somebody else.

The councilman said local authorities and the city’s legal department are working in tandem to free the neighborhood of the establishment. Sayegh also said he would like to see Montclair Avenue get added on the city’s hotspot list which would force businesses in the area to close at 12 a.m.

There probably have been a multitude of calls for service logged with the police, said Sayegh. The councilman wants to use the data to add the area into the business curfew ordinance.

For now though, the club can re-open if it corrects the fire code violation at the site. “They are basically allowed to re-open as long as they can prove their fire alarm is operational,” said Oswald.