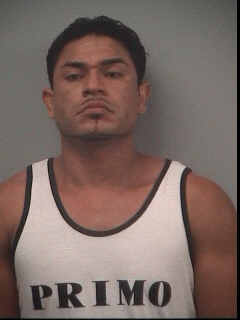 A city man was arrested by authorities on Thursday after detectives found him in possession of a large amount of cocaine, several oxycodone pills, marijuana, and $8,100 in cash following a two-week investigation, according to the Passaic County Sheriff’s Office.

Luis Diego, an illegal alien who entered the United States from Peru, ran a delivery operation distributing cocaine and marijuana to buyers in Passaic and Bergen counties from his city residence using a 2006 Honda Odyssey.

Detectives from the sheriff’s office pulled over Diego’s vehicle at which point a police dog detected drugs inside the van. Berdnik said officers searched the vehicle to find two ounces of packaged cocaine ready for distribution with a street value of $3,500, a bag of marijuana, 22 oxycodone pills, and some drug paraphernalia.

Diego also known as Manuel Antonio Calderon Vera was also found to be in possession of a spring-loaded knife. This type of knife is illegal under New Jersey law, Berdnik said. Detectives also found $8,100 in cash believed to be drug money.

It was during the vehicle stop detectives found inconsistent documents belonging to Diego. The documents identified him with two different names. Detectives later found Diego is in the county without any papers.

During the arrest detectives found an infant in the vehicle. Diego was dealing drugs with his son inside the vehicle. “This brazen criminal not only violated many narcotic laws, [but] committed the crimes with [a] child by his side,” Berdnik said.

Diego has been charged with drug possession, distribution, weapon possession, and endangering the welfare of a child. Diego has been transferred to the city’s police lockup. The sheriff’s office also notified immigration officials.

Authorities have seized the money found on Diego and his vehicle will be subject to forfeiture. Detectives contacted the mother who was handed the infant.

“I am glad that the PCSO put another drug dealer behind bars,” Berdnik said.