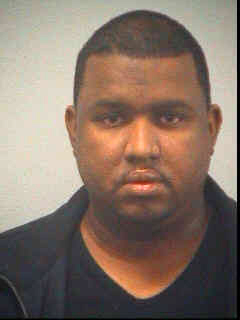 A Prospect Park man who was the ring leader of a large heroin distribution network with stash houses and heroin mills in Paterson was sentenced to 15 years in prison, according to the New Jersey Attorney General’s Office.

Segundo Garcia, 38-year-old, will serve the 15 years with six-year parole ineligibility. Garcia was arrested in 2012 during a major anti-narcotics operation dubbed “Operation Dismayed” that saw the arrest of more than a dozen mid-level drug dealers.

“Each dose of heroin can kill, and this ringleader put many thousands of doses on the street every week along the Northeast Corridor from Washington to New York,” said attorney general John Hoffman. “Garcia was supplying death and destruction in bulk, and the dealers he supplied in Paterson put poison in the veins of young addicts from all across the suburbs of northern New Jersey.”

State, federal, and local authorities joined forces in 2012 to crack down on the network’s operations. The New Jersey Division of Criminal Justice, the Passaic County Sheriff’s Office and the U.S. Drug Enforcement Administration (DEA) New York Division, and the New Jersey State Troopers, led the crackdown against Garcia’s network.

“Law enforcement agencies at all levels recognize the urgency of our efforts to fight this deadly heroin epidemic, and by combining forces in this type of operation, we are striking the problem at its source,” said Elie Honig, director of the criminal justice division. “Arresting street-level dealers is important to disrupt open-air drug markets and suppress violence, but we also will continue to target the major distributors such as Garcia who supply most of the drugs sold in those markets.”

Of the 15 who were arrested most have pled guilty to first-degree racketeering and second-degree conspiracy to maintain heroin production facilities and distribute heroin, authorities said. Each face prison time.

When authorities made the bust almost two years ago they searched 10 houses and one car recovering three kilos of bulk heroin worth more than $300,000, and an additional kilo that was packaged in more than one thousand packets ready for street distribution. Authorities also confiscated $255,000 in cash currency.

The bulk heroin after being cut and packaged would have fetched more than $1 million, authorities said. The bulk heroin was seized from two heroin mills, 447 East 21st Street and 246 Maryland Avenue, where workers clad in aprons and surgical masks were observed packaging heroin for the network a month before the take down.

“He will spend a long time in prison, where he cannot sell his deadly product, and then he will be deported,” Hoffman said.