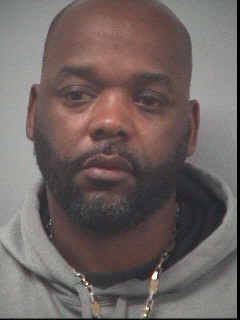 A Maplewood man wanted on more than $130,000 in child support warrants is in police custody after authorities caught him with over four dozen envelopes of heroin on West Broadway Wednesday, according to the Passaic County Sheriff’s Office.

The suspect, Todd Cooper, 48-year-old, was recognized by detectives as a suspect wanted on outstanding warrants. Cooper saw detectives as he was strolling down West Broadway and made a failed attempt to evade authorities.

“Cooper observed the warrant detectives, placed the hood of his sweatshirt over his head and turned in the other direction,” sheriff’s office said. Seeing officers approaching Cooper threw 42 glassine envelopes of heroin under a parked vehicle.

Detectives arrested Cooper and charged him with drug possession with the intent to distribute within a 1,000 feet of a school and 500 feet of a park.

Passaic County sheriff Richard Berdnik said by having more cops on the street actively enforcing warrants, officers are able to nab suspects who are involved in other criminal activities. Cooper had six outstanding warrants for his arrest because he owed $132,000 in child support, according to authorities.

“The Detectives thought they were arresting a deadbeat Dad, and they also got a drug dealer,” Berdnik said.