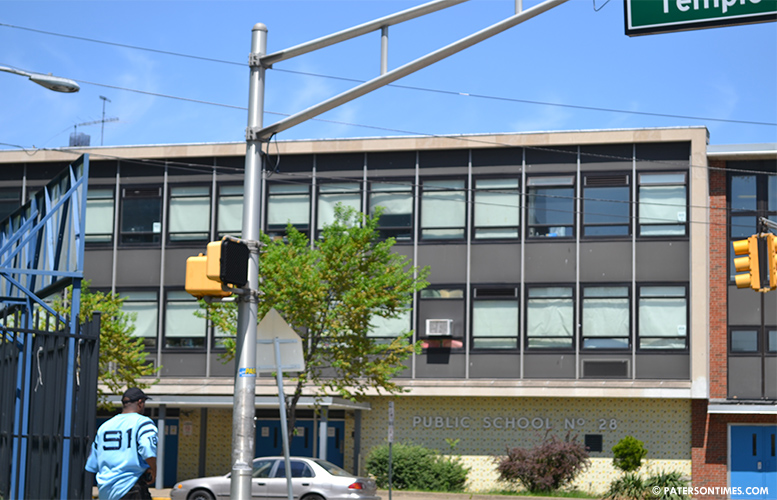 A school drop off and pickup zone designation that will reduce parking space on Temple Street near Presidential Boulevard in the 1st Ward came under question on Tuesday evening.

The ordinance seeks to create two drop off and pickup designations outside School 28. The first is a segment of Temple Street from the curb line of Presidential Boulevard extending 200 feet in the northerly direction. During school days residents would be barred from parking from 7:30 a.m. to 6:30 p.m.

The second is similar segment extending 285 feet in the same direction. Residents would be barred from parking in the area from 7:30 a.m. to 8:30 p.m. (the ordinance mistakenly states a.m.). In total the passage of the ordinance would take off 485 feet of parking on Temple Street.

“There’s a lot of school buses that come to School 28,” added Ruby Cotton, 4th Ward councilwoman. Cotton said on any given school day there are about five buses that drop off students at the school.

“I agree, the whole length they have is not necessary,” chimed in William McKoy, 3rd Ward councilman.

“Compromise at 300 feet,” said Kenneth Morris, councilman at-large. Morris said a bus is 45 feet in length; five buses only require 225 feet. 300 feet is more than enough and leaves the buses with wiggle room.

Davis also pointed out the strange times of the two segments which once implemented come out to one linear line of barred parking for residents. First allows residents to park after 6:30 p.m., the second requires residents to wait until after 8:30 p.m.

Morris pointed out that two individuals parking vehicles in that stretch, due to the time restriction set forth in the ordinance, may be subject to unfair treatment. An example would be, if two vehicles are parked in what would appear to residents as one don’t-park-here yellow line, the one in the first segment would be ticketed while the individual parked in the second segment would not.

“If you park one car behind, you won’t get a ticket,” said Morris. “That’s confusing. It shouldn’t be two different times.”

Alex Mendez, councilman at-large, who brought forth the ordinance, which passed first-reading without any notice of the discrepancies and issues, said he will take it back to committee to review the ordinance.