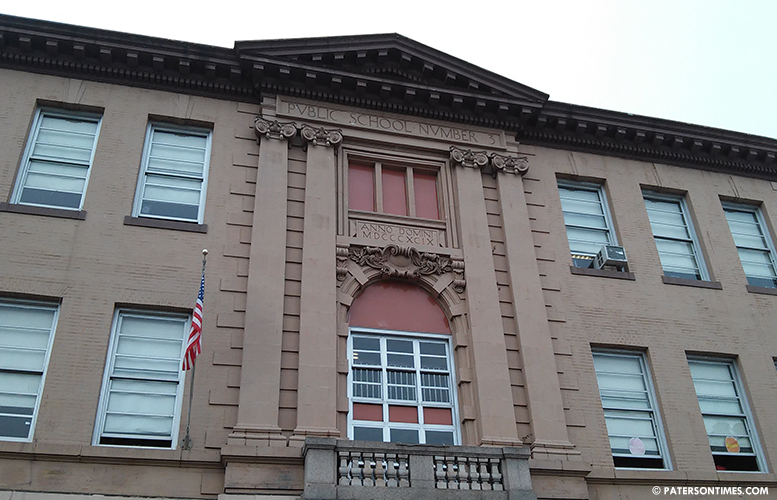 The mother of an injured eighth grader in School 3 says her son missed almost a month of school after the school refused to offer accommodations to her 13-year-old son.

Edwardo Umpierre Jr., the eighth grader, ostensibly recovered from a previous ankle fracture, only to learn, following another injury that his ankle never healed. “A kid ran into him and he hit his head on the basketball court,” said Milagros Rodriguez, the mother, explaining her son’s injury that rendered him feeble.

Umpierre could not attend school with the return of his injuries. “He was put on brace to go to school but he couldn’t put too much pressure on the foot,” said Rodriguez. “He has to keep that leg elevated. They put a cast on his leg.”

Her son’s doctor required that the child’s leg remain elevated, so she requested a beside teacher, something she had successfully requested and obtained last school year for the same child over another injury, but this time it was different.

Rodriguez said she submitted the necessary medical documents to the school, but the school continued to ask for additional documents. “I’ve been sending, my doctor’s office has been sending paperwork, and everything they ask for they’ve been getting,” said Rodriguez.

“We have explained to the mom that her physician’s paperwork (submitted by her in September) did not meet the criteria for receiving bedside instruction,” said Terry Corallo, spokesperson for the district. “Please note that the district also has doctors assigned to specific schools and they must authorize such placement; they too agreed that this was not the proper course of action.”

Although Umpierre did not qualify for bedside, he was still barred from attending the school, said Rodriguez. The administration at the school would not allow Umpierre into the school because, Rodriguez said, he was a labeled as a “liability” by the school’s vice-principal. She said a voicemail corroborates the veracity of her statement.

“We had offered his mother several accommodations in order to continue with the daily education of her son,” said Corallo. “But these were initially declined.”

Corallo said the district also offered to handle all the necessary medical paperwork, but the mother refused to provide needed permission. Rodriguez said she refused to grant the school access to her son’s entire medical history because she provided all the paperwork that was requested.

“They want him to walk in clutches to the school and then even the school doesn’t want him in school,” said Rodriguez. The mother said since September 11th, 2014, her son has been staying home because he is unable to attend school.

“No child should be out of school, go without school instruction, for a month under any circumstance,” said Jonathan Hodges, school board member. “I’m very disappointed to hear they couldn’t have reached an accommodation with this child that was reasonable for both the child and the school system.”

Hodges said to resolve an issue such as this should not jeopardize the education of a child for more than a month. “This cannot be the process,” said Hodges. “I have to alert the district this has occurred so this doesn’t happen to anybody else.”

Rodriguez reached out to this paper on Wednesday after receiving the “run-around” from school staff and even district officials. She said she attempted to reach higher-ups, but each time faced a voicemail.

After many phone calls, Rodriguez got in touch with assistant superintendent Maria Santa, who managed to sort out the issue by Friday afternoon. “She took care of it and finally he’s going to another school with transportation,” said Rodriguez. The mother said she initially attempted to contact Santa, but without success.

Umpierre has been transferred to the New Roberto Clemente School, where he will be picked-up from home and dropped off to school. “It is our goal to have this student return to class so we are now making arrangements (with the mom’s approval) to have him transferred to another school that has an elevator,” said Corallo.

In cast and clutches, he will be able to use the school’s elevator to get himself from one class to the next.

Although Rodriguez’s issue has been resolved, the ill manner in which she was treated by school staff lingers. “I no longer set foot in that school. I felt that they treated me wrong. I felt unwelcome,” said Rodriguez. “The way they treated me, you don’t treat parents like that because they are concerned about their child’s education.”