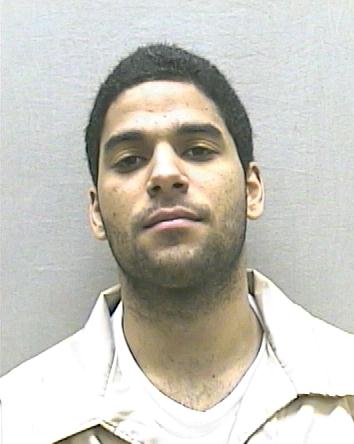 A city man who was sentenced to 65 years in prison following a September 2003 shooting incident that left another dead on Summer Street unsuccessfully appealed that his lawyer was ineffective, according to court records.

Leonardo Villegas, 21-year-old at the time of the incident, was charged with the murder of Jorge “Georgie” Gonzalez and was sentenced to 65. Villegas lent $300 to $400 to Gonzalez to purchase a gun but Gonzalez disappeared with the money.

On September 30, 2003 Gonzalez was smoking crack cocaine inside a car with another individual at the intersection of Summer and Lafayette streets. Villegas (pictured) was getting a haircut at a nearby barbershop.

“What do you want me to do, get [Gonzalez] out of the car and beat him up?” asked the teenager.

The barber Franklin “Frankie” Torres followed the pair outside. Villegas walked to his car retrieved a hoodie and latex gloves. Villegas put on the hoodie and gloves and approached the driver side of the car. Gonzalez was in the driver’s seat.

Villegas twice demanded his money. “So what [are] you [going to] do? What do you want me to do, to get my gun?” answered Gonzalez. Villegas at this point pulled out a gun and fired five shots, killing Gonzalez.

Villegas returned to the barbershop after the incident. He held Torres at gunpoint and ordered him to complete the haircut but Torres refused. Villegas then left through the barbershop’s backdoor.

Police located the second man who was inside the car with Gonzalez. William “Willie” Morales, a homeless man known as a regular drug user, hid in a nearby park until police found and took him to headquarter. Morales went through a list of pictures identifying Villegas as the shooter in the incident. “[T]his really looks like the guy but I’m not sure,” Morales told police.

A bystander Marilyn Torres gave sworn testimony to police about the incident and also identified Villegas as the shooter.

Durhamel Santiago who was in the area when the incident happened called his friend Luis “Sonic” Arriaza to find out what happened at the location. Arriaza, Santiago, Villegas, and a fourth man met inside a van. Santiago described Villegas as seeming “hyper and scared” with “half a haircut” and gun in his hand.

Arriaza took the gun from Villegas and suggested he turn himself in. Santiago provided the information and identified Villegas’s photograph after he was arrested on a bench warrant, according to court records.

Police began to search for Villegas. He turned himself into the Passaic County Prosecutor’s Office two days later on October 1, 2003. Villegas in court said he did not know or shoot Gonzalez. Villegas stated that he left the barbershop after a friend of his came in and told him the marijuana dealer he purchases from was few blocks away. He left the barber and never returned.

Passaic County Superior Court judge Ronald Marmo sentenced Villegas to 65 years in prison after a jury found him guilty of murder. Villegas was also found guilty of weapon possession. After trial he pled guilty to marijuana possession with the intent to distribute within 1,000 feet of a school. Villegas received a concurrent five-year sentence for weapon possession and concurrent three-year term for marijuana.

On April 15, 2008 Villegas claimed his lawyer was ineffective because the lawyer did not request jury instructions regarding self-defense and manslaughter. The appeal court found Villegas claim unpersuasive, “evidence did not support a claim of self-defense or provocation.”

On July 20, 2009 filed another appeal this time seeking a new trial. Villegas wrote that Arriaza would have testified to cancel Santiago’s testimony but his lawyer failed to bring Arriaza before the court. “After interviewing L.A., defendant’s trial counsel chose not to call him at trial,” wrote judges Susan Maven and Richard Hoffman.

Villegas also argues that he was not provided with a Spanish language interpreter. Villegas also claimed that he brought family members and friends to interpret. Villegas’s “allegations are bald assertions, unsupported by competent evidence that he did not understand the proceedings, and contradicted by his admission that he brought friends and family to pretrial meetings to translate on his behalf.”

The judges denied Villegas’s appeal for a new trial on Tuesday. Villegas will finish serving his sentence on March 19, 2060.