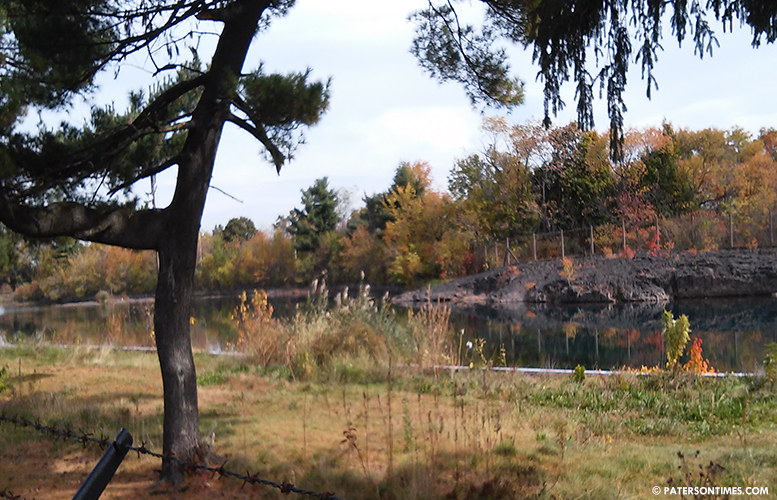 In an effort to preserve the scenic Levine Reservoir, located just steps away from the city’s Great Falls National Park, mayor Jose “Joey” Torres is urging the city council to formally ask the Passaic Valley Water Commission to either delay its project to drain and place concrete containers at the site or decommission and hand over the reservoir to the city.

“We’re asking the water commission to decommission the reservoir as an alternative to the tank project,” said Domenick Stampone, director of the city’s law department. Presently, the commission wishes to drain three open reservoirs near the Garret Mountain to the tune of $150 million in order to implement an Environmental Protection Agency (EPA) mandate to ensure certain contaminant are absent from drinking water.

Torres, who did not respond to a call seeking his comment for this story on Monday, vehemently opposed the project in September, during a public meeting inside the Paterson Museum. The mayor wants engineers to figure out a way to reinvigorate the almost dried up raceways near the park. “Think of re-channeling the water from the reservoir and letting that be channeled through the raceway,” said Torres.

“It’s not a viable option,” said Joe Bella, executive director of the commission, when asked about the impact of decommissioning. Bella said the reservoir is used as backup supply for the city. During major storms, the commission switches to the backup to reduce interruption of service.

The reservoir kicked in as a backup supply during hurricane Irene and Sandy which is why residents did not suffer any outages, said Bella. If the commission were to decommission the reservoir the frequency of service interruption would increase.

Council members last Tuesday questioned the wisdom of taking over the reservoir. “That means we have to maintain the reservoir right,” said council president Julio Tavarez. The 5th Ward councilman said in the past the city has done such an abysmal job in the upkeep of the park that it cannot be trusted to maintain the property it is seeking from the commission. “We’ll do the worst job maintaining it,” said Tavarez. “What is the cost associated with taking control of that property?”

Business administrator Nelly Pou said there is a plan, but did not provide details.

Kenneth Morris, councilman at-large, said once the city has possession of the reservoir it can enter into a contract with the commission to sell water.

“My biggest concern is, if we get it how do we take care of it?” said Tavarez. The council president did not buy Pou’s insistence that there is a plan.

Torres’ plan calls for the National Park Service to take care of the upkeep of the property, while the city retains the deed. Such a plan, according to the resolution, would be in line with the congressional law that created the national park, which reads, the park service ought to “provide technical assistance” with “resources within the boundary of the historic district.”

The city’s governing body is set to approve the resolution demanding the commission decommission the reservoir and transfer it over to the city during its regular meeting tonight.