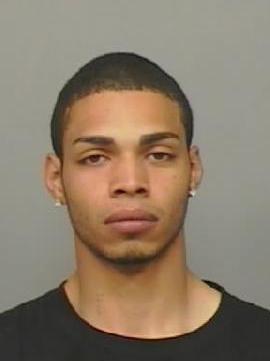 A city man is in police custody over a shooting that unfolded outside the Beso Lounge on September 21 on West Broadway, according to the Paterson Police Department.

Hendrick Acosta, 24-year-old, was identified as one of suspects in the incident following an investigation by detectives Edgar Taylor and Rolando Polio, police said. Acosta was apprehended by the detectives near Market and East 23rd streets on Thursday afternoon.

Acosta and others suspects were engaged in an altercation that began inside the club that spilled onto the street outside. Outside the club was a 21-year-old Passaic City man. “As the altercation continued outside, one of the combatants produced a handgun, at which time multiple shots were fired, and the victim was struck,” said Patrick Murray, head of the Ceasefire Unit.

Murray said the victim arrived in private vehicle at the emergency room in St. Joseph’s Regional Medical Center. He sustained gunshot wounds to the wrist and thigh, police said.

Acosta has been charged with aggravated assault and endangering an injured victim, police said. He is being held in police lock up pending court appearance, Murray said. Police said there are additional suspects who were involved in the incident. As of now the investigation is continuing to identify others connected to the incident.

The investigation is continuing in an attempt to identify additional actors, and anyone with information is asked to contact detectives Taylor or Polio of the Ceasefire Unit at 973-321-1342.