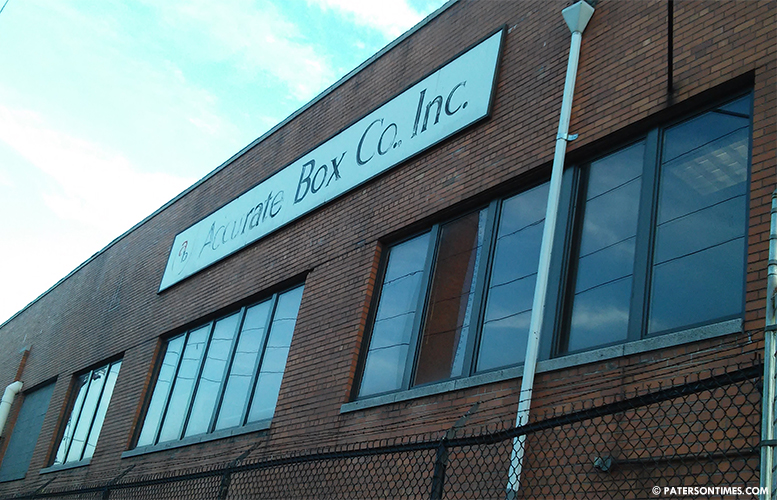 A city company that was considering moving its headquarter from Paterson to Montgomery, New York was granted $39,875,000 in grants and tax credits over a 10 year period, according to the New Jersey Economic Development Authority (NJEDA).

The Accurate Box Company which operates out of 86 5th Avenue in the city will as a result of the award retain 224 full-time jobs and create an additional 54 jobs. The company specializes in the making of litho-laminated corrugated boxes for major national companies like Costco, BJs, Walmart, and Sam’s Club.

The company said in its application to the state that its facility in the city became obsolete a long time ago and it is seeking to renovate and expand or move somewhere else. “Location analysis submitted to the authority shows New Jersey to be the more expensive option and, as a result, the management of Accurate Box Company, Inc. has indicated that the grant of tax credits is a material factor in the company’s location decision,” states the application.

An annual award of approximately $4 million in grants and tax credits will be issued to the company for the next decade. State officials estimate New Jersey will benefit overall by granting the company the $39.8 million through the Grow New Jersey initiative. One estimate places the return at $69.4 million over a 30-year period.

Alarmed at the prospect of losing another company city officials in mid-September said the company will be given extra attention as it seeks to renovate and expands its city facility. The company which has been operating in the city for over 30 years seeks to expand into a new growing market of “high-graphic corrugated boxes for restaurant takeout orders and e-commerce shipping orders.”