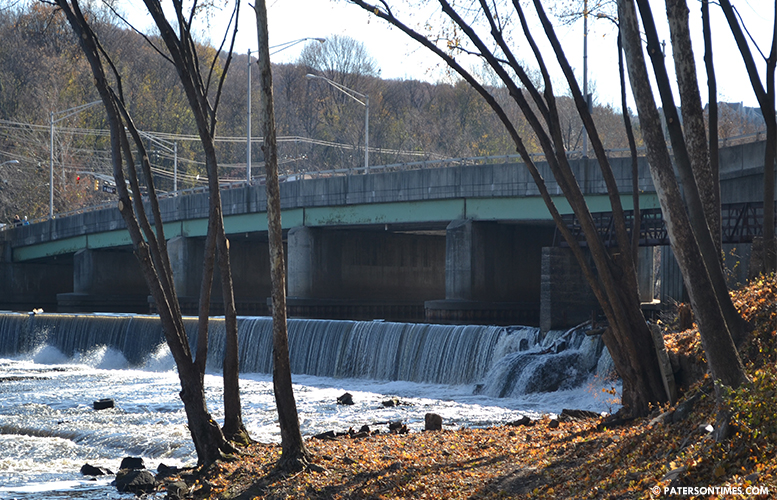 The bridge over the Passaic River that connects Wayne Avenue to McBride Avenue, just steps away from the Great Falls National Park, is slated for rehabilitation. Passaic County officials have been gathering funds to rehabilitate the bridge that is over 80 years old.

Constructed in 1932, the bridge is categorized as “functionally obsolete” and “structurally deficient,” according to the county’s grant application to the state’s department of transportation.

The state granted $1 million in grant money to the project earlier in the year, leaving the county to gather the rest of the funds. Rehabilitation of the bridge is estimated to cost $3.37 million, according to county records. Officials are calling for the enlargement of the walkway along the bridge to accommodate increased foot traffic in the area due to the park.

“We want to be able to extend the walking path. We want to extend the sidewalk on both sides.” said freeholder Theodore “TJ” Best. “It gets a lot of foot traffic from people who are visiting the falls.”

Best said school students also increase pedestrian traffic on the bridge going to and fro from International High School and John F. Kennedy High School. Best said it’s sensible to expand the pedestrian walkway to accommodate the volume of current foot traffic as well as future increase due to the park.

County officials recently completed a traffic study to find the bridge will be backed up with vehicle traffic perpetually if lanes are not expanded, said Best. During rush hour the bridge is packed with vehicles, backing up traffic for almost five blocks.

A scope of work document provided by the county shows possible expansion of the roadway and a defect correction at the mouth of Front Street. Where that street approaches the bridge there is a dip which will be addressed as part of the rehabilitation.

The county’s board of chosen freeholders in June 2013 awarded a $199,000 contract to Parsons Brinckerhoff, a Lawrenceville based design and engineering firm, to put together a reconstruction plan for the bridge.

The project dubbed the Spruce Street Superstructure Reconstruction is still in the works, and a construction start date has yet to be set.

This is not the first time the bridge required rehabilitation; in 1984, under the reign of mayor Frank X. Graves, a piece of the bridge fell into the river, requiring immediate repair.

“I think this is something that’s desperately needed in the City of Paterson as we talk about the national park and tourism,” said Best. The city has to improve its infrastructure to accommodate not only its residents, but also tourists the park is bound to attract in the coming years, said Best.