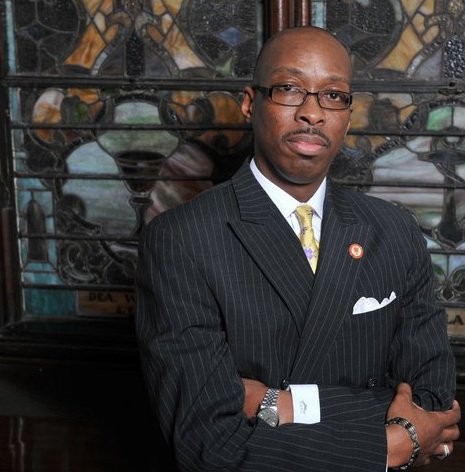 Graddy garnered 39 votes while Clayton clenched the presidency with 50 votes. The chapter has a total membership count of 200, according to Clayton. The pastor was under fire weeks before the election from city activists contending under his reign very little was accomplished.

“The majority of people would like me to continue to serve,” said Clayton. The pastor suggested his election sends a clear message that his leadership in the past two-terms was successful.

Clayton owned there is still work that remains to be done and said he is willing to work with community leaders to address some of these issues. “There are people who have concerns about our community that needs to be addressed,” said Clayton.

The pastor cited poor educational attainment in city schools as a major concern that he intends to tackle in his new term. “We have a school system that’s been under state control for a quarter of a century and there’s been little progress in our educational system,” said Clayton.

When asked about violence, Clayton said: “There are systemic issues within the African-American community” that allows for shooting and violence to flourish.

His opponent in the recent election said he is reserving comments for a future date. ”I have some decisions to make, I don’t want to make any statements at this point,” said Graddy on Wednesday morning. When asked whether the election was fair, Graddy said he will be at liberty to make comments in the future; however, for now he said, it is “obvious” some things “took place.”

“There were a number of people who were turned away from voting,” said David Gilmore, city activist. Gilmore said some were turned away due to unpaid membership. He also said lifetime members were not located on the roster. Gilmore, who is a lifetime NAACP member, said his name was nowhere to be found. He said in 2011 he submitted a transfer request to the local chapter, but no transfer took place.

Gallashaw, mentioning Gilmore’s predicament, said Clayton and others knew the activist, and they waited until election day to tell him he was not on the membership roster. Clayton blamed the national organization for fumbling Gilmore’s transfer.

Gilmore criticized Clayton for using his church as a bully pulpit to secure votes, saying most of those, who voted for the pastor, were part of his congregation. “He’s taking his pastor loyalty and transferred it to his presidency,” said Gilmore. “His leadership has been wanting.”

“People support whomever they see as doing the work,” responded Clayton to Gilmore’s criticism. “There’s no separation of roles.”

He said social justice has always been part of the fabric of African-American churches.