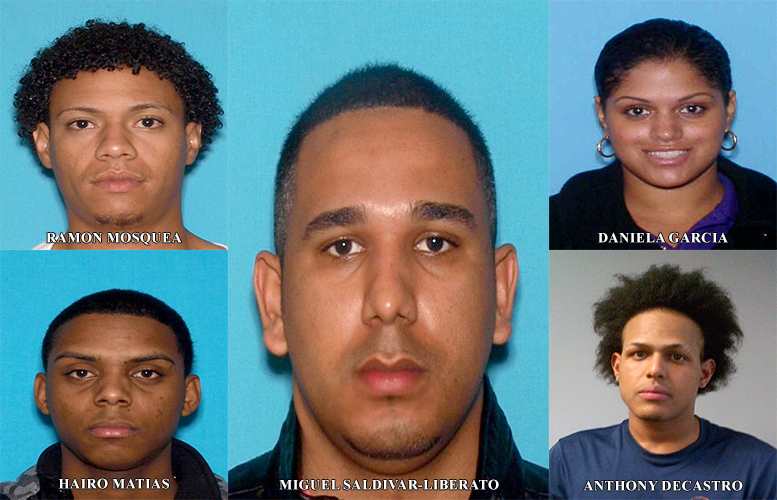 A group of people involved in an alleged northern New Jersey car accident staging ring to defraud insurance companies out of thousands of dollars were charged today, according to the New Jersey Attorney General’s Office.

Miguel Saldivar-Liberato, 28, of Linden, is accused of organizing a staged vehicle accident in 2012 and subsequently offering witnesses legal counsel to leave his name out of court cases.

“Saldivar-Liberato is an alleged master scammer and has recruited several ‘actors’ to go along with these schemes that not only defraud insurers but threaten the public’s safety,” Acting Attorney General John Hoffman said.

The four were charged with second degree conspiracy, insurance fraud, and third degree theft by deception.

Authorities said Saldivar-Liberato used the recruited actors to stage a vehicle accident in a Paterson street on or about January 9, 2012. He directed the actors on how to go about staging the accident.

Authorities began looking at accidents in Passaic County between 2009 and 2013 in Operation Bang-Up to find the 2012 accident was orchestrated to collect insurance payouts. An investigation followed.

“When it became clear that we were aggressively investigating these scams, he [Saldivar-Liberato] allegedly tried to influence those actors to either take the fall themselves or point the finger at others who had nothing to do with the crimes,” Hoffman said.

“Insurance fraud exists in many forms, but staged accidents are of particular concern because the fraudulent claims they create result in multiple sectors being affected,” Acting Insurance Fraud Prosecutor Ronald Chillemi said.

Chillemi’s office secured an indictment against Saldivar-Liberato Tuesday. Saldivar-Liberato’s uncle Oliveras Liberato-Cohen, 45, of Passaic, was another staged car accident mastermind who pled guilty last month to being the organizer of several accidents in the county between 2009 and 2010.

Authorities suggested the uncle be sentenced to five years in prison and he and his co-conspirators pay $179,210 in restitution.

“In these cases, many times doctors are treating patients that do not need care and insurers are fixing cars that should have never been damaged,” Chillemi said. “The bottom line here is that all insurance premium payers are victims of this fraud.”