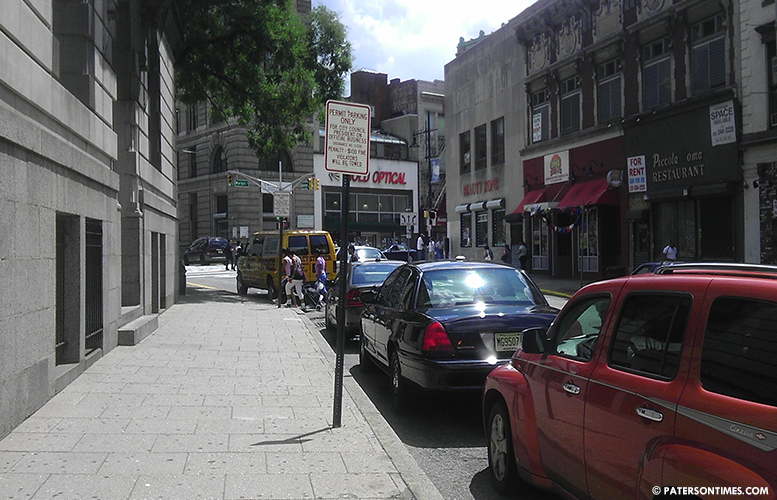 The city’s governing body freed up a block of parking on Washington Street along the city hall building on Tuesday evening after numerous demands from a city resident.

Thank you for returning our parking space, said Waheedah Muhammad, who has been asking the city council to free up that block of parking on Washington Street between Market and Elision Streets for almost two years.

“We will be happy to park there come tomorrow. It takes 10 days for the signs to come down correct? Or can we take it down tonight,” remarked a happy Muhammad. She wanted to yank out the signs as soon as council members approved the ordinance.

After passage an ordinance does not come into force until after a 20-day waiting period, according to city officials.

“We can perhaps instruct public safety not to ticket [in that block]?” asked Kenneth Morris, councilman at-large, who pushed the ordinance through. Morris wanted to know whether residents would get in trouble for parking at the location which still bears the sign allowing only permit holders to park vehicles.

“The police have discretion over whether or not to enforce,” said Ben-David Seligman, city attorney. Seligman said there is something called law enforcement that allows police to enforce some laws while leaving others unenforced.

Although the city will no longer prohibit residents from parking along the side of the city hall building, they will need to feed the parking meters.

“It’s long overdue,” said Mohammed Akhtaruzzaman, 2nd Ward councilman. “Please use the parking spaces for city business. Use it for 15-20 minutes not for the whole day so other residents can use it.”