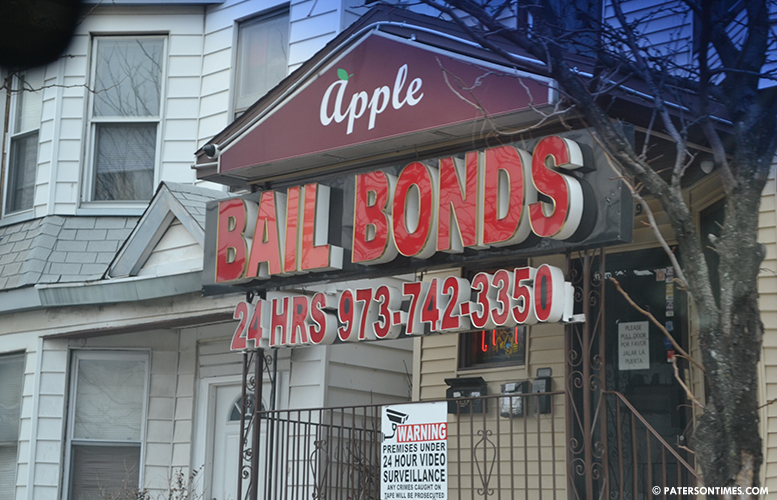 The lawsuit filed in April by a Main Street bail bond company alleging a city employee was steering customers to a rival company was dismissed by a federal judge two weeks ago.

Stanley Chesler, United States district judge for the District of New Jersey, dismissed the lawsuit on December 10th, 2014 with prejudice.

Apple Bail Bond of Main Street complained that All Out Bail Bond of Broadway was receiving favorable treatment from a city employee, who works in police lockup. Emilio Lozada, who works as a police aide, was steering incoming prisoners and their families to utilize the services of the Broadway company to secure bail.

Lozada recommended the Broadway company to prisoners and even jotted down contact information of family members for follow-up calls. Chesler found the Main Street company’s arguments faulty. “[Apple Bail Bond] fails to provide any facts suggesting the existence of an agreement among [the department and the Broadway company],” wrote the judge, “to engage in anti-competitive or monopolistic conduct.”

Chesler wrote that when the Main Street company filed an internal affairs complaint in 2010, the city took actions against Lozada, demonstrating there was not a custom to recommend the Broadway company. “There is not the slightest indication that the City adopted a policy of recommending All Out, nor that local custom encouraged such recommendations,” wrote Chesler. “The City can be liable only if a municipal custom was the “moving force” behind Lozada’s conduct.”

The Main Street company’s lawsuit against the city also failed to state whether Lozada “coerced anyone, or that anything stopped the inmates from choosing to take-or-leave his informal recommendation,” noted the judge.

Chesler did not buy the Main Street company’s anti-trust arguments. “If Lozada’s suggestions here constituted an antitrust violation, so too would a host of other permissible interactions,” wrote the judge. “A hotel employee could not, for example, recommend to its guests that they visit one local restaurant over another, or that they use a particular taxi-cab company to get to the airport.”

The judge further wrote: “The kind of word-of-mouth recommendations at issue here comprise an integral part of, rather than a hindrance to, a functioning and competitive market.”

It’s not clear whether the Main Street company’s claim was even timely, wrote Chesler. He wrote some of issues alleged in the suit have a two-year statute of limitation – the matters in the suit, some of it, passed that two-year limitation.