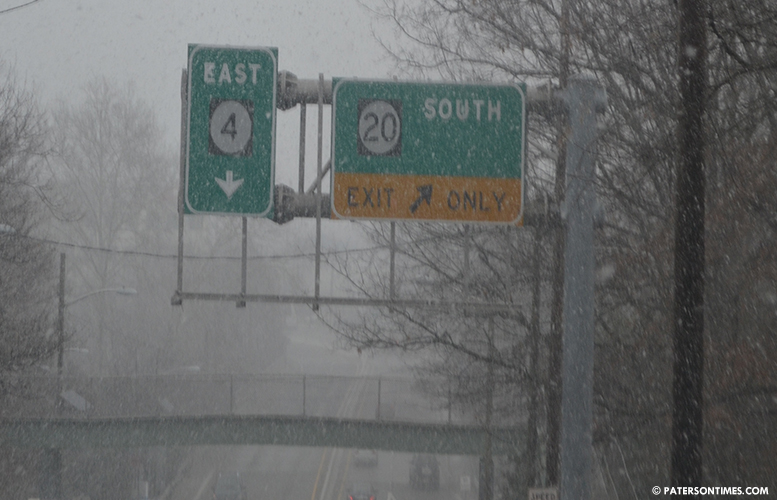 City residents received a special holiday present on Christmas Eve when the Passaic Valley Sewerage Commission concluded much of its underground repair of a pipe that runs beneath Route 20 also known as McLean Boulevard.

With majority of the rehabilitation work on the 90-year old underground sewer pipe completed, construction workers re-opened the two lanes that severely restricted traffic on McLean Boulevard for more than a year, during the afternoon of Christmas Eve.

“Today, I’m pleased to report that the majority of rehabilitation work on Rt. 20 in Paterson has concluded,” said Michael DeFrancisci in a media release issued on December 24th, 2014. “The roadway is expected to be re-opened this afternoon.”

The commission began its work on September 6th, 2013, with the expectation to finish within four months; however, few months turned into a year and three months due to unexpected setbacks. The commission attributed the delay to uncooperative weather, the discovery of unanticipated amount of bedrock requiring extensive exaction, and sewer pipe anomalies.

“Along the way, we encountered a number of issues that if not addressed, would have resulted in a failure of the sewer system, and placed the motoring public at risk due to high probability of sink holes, road collapses and other anomalies,” read DeFransisci’s statement.

Holmdel based Cruz Contractors installed approximately 2,020 linear feet of concrete pipe 30-feet under the highway, according to the commission. Workers for the past year have been fitting a smaller pipe into the existing Main Interceptor Sewer Pipe.

The commission worked in conjunction with New Jersey Department of Transportation.

“Today, the existing system and roadway should serve residents and motorists well into the future,” said DeFrancisci. “The quality of life for citizens is markedly better and through important partnerships with state and local government, we are repairing decaying infrastructure throughout our service area.”