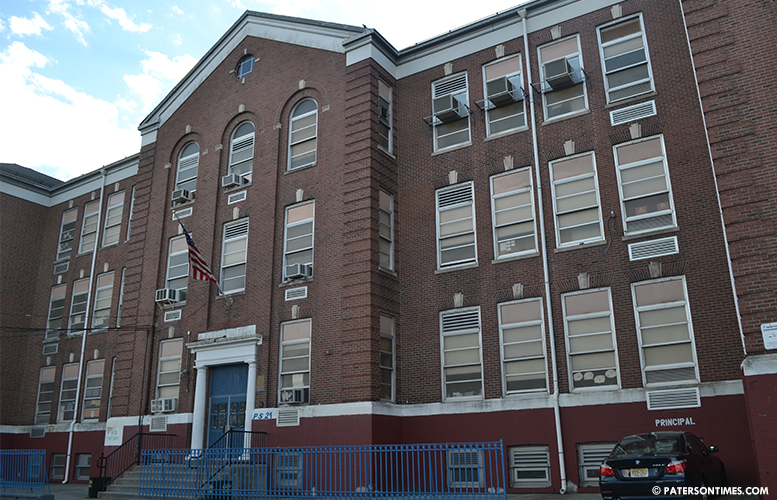 A city student assaulted a security guard in School 21 punching the district employee in the face.

Michael Gonzalez, the security officer, was punched “on the right side of his face” by an eighth-grade student, according to a police report filed on November 13th, 2014.

The student, whose name is being withheld due to his age, did not begin his violent episode with the security officer, he began by assaulting a fellow student in the 10th Avenue school’s playground by “stomping on his head,” reads the police report.

He then approached Gonzalez in a “confrontational manner.” The security officer told the youth to back away, the student refused. Gonzalez grabbed the student by the sweatshirt to restrain him, states the report, at which point the youngster punched him in the face.

Gonzalez as well as school administrators attempted to restrain the youth, but he continued to resist.

Police was notified of the incident. An officer responded to the school at about 1:30 p.m. filing a report.

“We can’t have kids assaulting each other or staff members,” said Peter Tirri, president of the Paterson Education Association, the teachers union.

The union also represents some security officers like Gonzalez, but not others such as employees of a company the district hired to provide security guards.

Although authorities received notification of the incident, school board members said they were kept in the dark.

“If there’s an incident, we usually get a report,” said Jonathan Hodges, long-time school board member. Hodges said he did not receive any information about the incident.

“I’ll call the district and find out what happened,” said Hodges. Christopher Irving, school board president, suggested he too did not receive any information about the incident.

When asked whether he was notified about the incident, Tirri said: “I haven’t heard anything either, and that’s disturbing.”

Tirri said the district is required by state law to file a violence and vandalism report, a copy of which goes to the union. “We’re supposed to get a copy of that, we certainly haven’t,” said Tirri.

Tirri said charges should be filed against the student. “From my perspective no matter how young or old the kid there should have been charges brought against the child by the school or the staff member,” said Tirri. “Then allow the legal system to address whatever occurred.”

It’s not clear whether charges have been filed against the student.

School officials called in the student’s mother following the incident. And a school official told the responding police officer disciplinary actions will be taken against the student.

The eighth grader was suspended for 10 days following the incident, said Terry Corallo, district spokesperson. She said half of the suspension term will be completed in the district’s in-school suspension program called the Restoring Opportunity and Discipline in Students (ROADS) located on State Street inside the Boris Kroll Mill building.

Speaking through the district’s spokesperson, the school’s principal Everett Thompson said incidents like the one that unfolded in November are rare in his school of more than 750 students.

Gonzalez did not sustain any injuries from the blow to the face, states the police report. He did not require medical attention.

“I would hope there’s no attempt by the district to cover up the assault,” said Tirri.