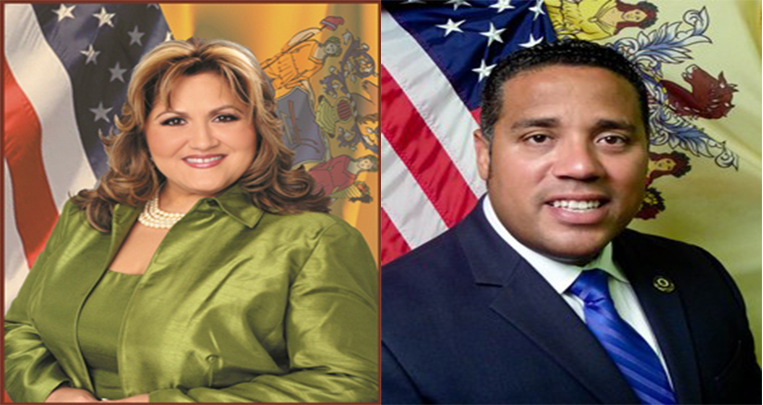 The two newest city council members Maritza Davila and Alex Mendez quarreled over who gets to appoint a successor to fill deceased Juan Jimenez’s seat on the Paterson Parking Authority board.

“I understand that’s a council at-large appointment,” said Davila, councilwoman at-large. “I want to know who would be the person to appoint since there’s three of us.”

Davila broached the subject with council president Julio Tavarez to figure out if she can appoint an individual to fill the vacant seat left behind by Jimenez’s death.

Mendez said he was waiting to make an appointment to that seat after Jimenez passed away. “I was waiting to see when I would have an opportunity to recommend the person I would like to [appoint],” said Mendez.

Tavarez explained that before the newcomers came on the council, members of the governing body created an informal system to allot appointments amongst themselves.

“We all agreed to different appointments,” said Tavarez. He said what’s left to determine is who got whose seat: did Davila get Rigo Rodriguez’s seat and Mendez get Kenneth McDaniel’s seat?

“Who gets Rigo’s appointments and who gets McDaniel’s that’s the question,” said Tavarez.

Tavarez said Rodriguez appointed Jimenez to the authority’s board, in which case, whomever got Rodriguez’s seat ought to make the appointment.

“The at-large people did not run against councilman Rodriguez or McDaniel, they ran for the at-large seats not against the person,” said Kenneth Morris, councilman at-large. He said appointments are doled out based on seniority.

“The appointments go based on seniority. Who comes on to the council first, that person gets the appointment,” said Morris. He said both Davila and Mendez came on at the same time. “The only seniority argument that can be used is who was sworn in first,” Morris humorously remarked. “That argument really doesn’t make sense.”

Morris also said it could go based on alphabetical order of the names. Tavarez suggested flipping a coin.

“Instead of flipping a coin I’d like to go with whomever was sworn in first,” said Davila.

Mendez suggested the appointment go to the highest vote-getter. “You cannot bring that who was sworn in first because that doesn’t even make sense,” said Mendez.

“And it doesn’t make sense for you to say that because you got the highest vote,” answered Davila.

“The number of votes get you to the seat, after that everyone is equal,” added William McKoy, 3rd Ward councilman, dismissing the highest vote-getter argument.

Mendez assumed he took over Rodriguez’s seat. He said since that appointment was Rodriguez’s it should go to him.

Mendez later saw the fault in his supposition. “Since that’s not the case, now let’s find a fair process, but not who was sworn in first,” said Mendez.

Mendez repeatedly boasted about his highest vote-getter status, each time calling to use that as a determinant to secure the appointment.

Jimenez, a Dominican-American political operative, who played a pivotal role in pushing Dominican-Americans into city politics, was appointed by the council on June 29th, 2012. His term would have expired on December 31st, 2016.