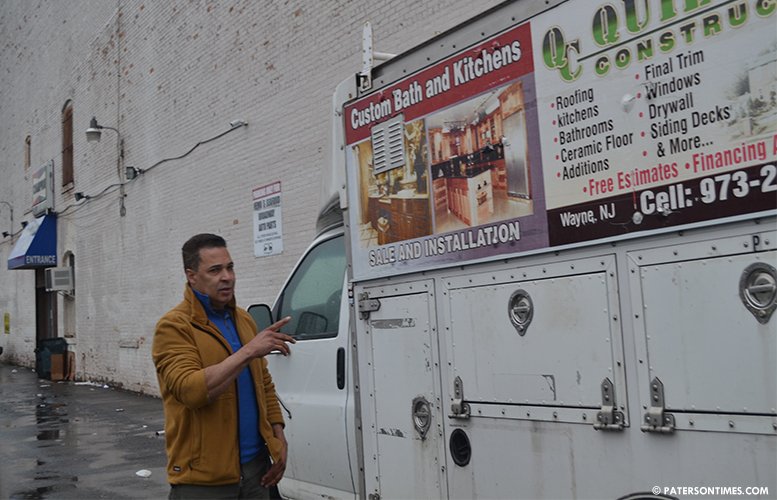 “If anything I said offended him I want to apologize,” said Quilvio Montesino, bar owner, who along with about a dozen business owners are challenging the city’s business curfew ordinance, which forces all businesses in crime hotspots to close at midnight.

Montesino’s attack on Sammy Torres, the mayor’s brother, brought sharp rebuke from Torres, who defended his brother. Torres hit back saying his brother is a responsible businessman, who closes his liquor store Midtown Liquor on Broadway at 10 p.m. unlike “unscrupulous” shop owners like Montesino.

The bar owner, who owns Quilvio’s Bar and Liquors on Main Street and Quilvio’s Lounge and Liquor, took offense to being described as an unscrupulous” business owner. He cited a list of good deeds he has done in the city like handling work on Juan Pablo Duarte Plaza in the corner of Memorial Drive and Ward Street. “I did all the benches, sidewalk, and the pavers,” said Montesino, who also owns a construction company. “That was my job for free.”

Torres could not immediately be reached for comments for this story.

Montesino, who immigrated to the city from the Dominican Republic in 1986, said throughout the city he has rehabilitated roughly 50 homes. He cited a newly renovated home on Rose Street. He said before his company took over the home, 30 Rose Street served as a hangout for drug addicts and dealers. He said his work around the city serves as evidence that he is a responsible business owner, who doesn’t just profit from his two city businesses, but also gives back to the community.

The business curfew, which he said “ironically” falls on both of his businesses, has hit him hard, with losses of $35,000-$40,000 per store being incurred every month. He said bars begin to see customers from 10 p.m. with flow increasing at around midnight until closing time at around 3 a.m.; however, the curfew took away three hours of business during which bars make much of their money.

A scrupulous business owner does not sell alcohol to minors; when asked about the citations his business received in November 2014, Montesino said he was not aware of the violations until it was brought up by a reporter.

“I have never sold to minors,” said Montesino. “One of my employee did it despite training.” Both of Montesino’s businesses were hit with citations for selling to minors. He said police sent in a young policeman, who was a week away from turning 21, accompanied by an older woman, to trick bar employees.

The employee, without checking any identifications, sold alcohol to the undercover police officer, based on the appearance he seemed old enough, said Montesino citing the example from two years ago. He said employees selling to minors are fired.

“They lose their job [if they break the law],” said Montesino. He said every Sunday employees are provided training. Montesino has yet to terminate the two employees involved in the recent incidents, he said he is waiting for the outcome of the summonses.

Montesino said the spat with Torres resulted from his lawsuit against the city. He said he supported and even worked on the mayor’s three campaigns for the city highest office. Montesino describes Torres as a “friend.”

“I still believe he’s the best choice. We’re just not on the same page,” said Montesino. “I respect him as a human being and especially as mayor. I expect him to respect me as well.”