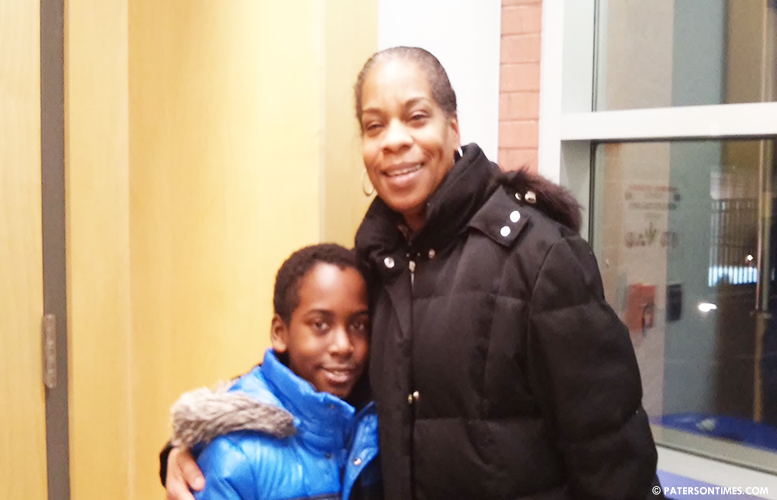 “I want to see us armed so we could avoid a Newtown, so we could avoid a school shooting,” said Julio Anguita, board security officer, who works in School 11. “We’re the first line of defense, if somebody walks into a school, we are the first persons they see. If somebody walks into a school  who is the first person they’re going to take out? The guy with the badge, the guy that doesn’t have a weapon.”

Charles McKenna, director of the New Jersey Schools Development Authority, who is on the task force, asked audience members, about 50 people, whether they are in favor of arming security guards.

“That’s a big issue some people want the guards armed and some people don’t,” said McKenna. A majority of the audience members raised their hands in favor of arming security guards.

Anguita also told the task force that there is a need for metal detectors in all city schools. Former city detective Andy Muckle, who works in School 6, concurred with Anguita. How safe are we if we have no idea what’s inside our buildings, said Muckle, in favor of metal detectors.

“Until we get some sort of metal detectors in these schools there is no way of us knowing what walks through our doors each day,” said Muckle. “We live in a time when children will bring weapons to school.”

He said three blocks in any direction from his school lie crime scenes – majority of the city’s homicide occur just blocks away from his 4th Ward school, he said.

Muckle shared a recent incident that resulted from a domestic dispute. A belligerent mother told a volatile father that she would bar him from seeing their children. The father threatened saying, “He was going to go to the school kill the children and kill himself,” said Muckle. He said the school went on high alert: “thank God nothing occurred,” said Muckle.

District’s facilities director Steven Morlino suggested uniform locking mechanism throughout all schools. “We literally have 50 different types of locking mechanisms and key arrangements,” said Morlino. “It would be nice to standardize that in some fashion.”

“We had no mechanism to lock doors,” added Sarah Moody, a former School 14 teacher.

Morlino also called for standardizing door shades. “We have people using everything from roll down shades to pieces of papers to cover [window] glazing in case of an intruder,” said Morlino. He said local districts need additional state funding to put in place such standardizations.

Best said there have been several incidents of cyberbullying that took place on an anonymous social networking website, where students are able to ask each other questions without divulging their identities. He described an incident in which one student took to the website asking another, “Why don’t you just kill yourself?”

Best called for more tools and better training for staff. He cited students using cryptic cyber slangs in classrooms to abuse each other without teachers’ notice. If equipped with proper training, teachers will be able to catch the students viciously beating each other using netspeak.

The 11 member task force, compromised of state education and law enforcement leaders, collected public input to craft a recommendation report for elected officials on how to make schools safer and more secure.

Ben Castillo, director of school preparedness and emergency planning, said the report for which the task force was collecting public input will be ready by March of this year for presentation to the state’s governor and lawmakers.

Speaking after the forum, Debra Joseph Kelly (pictured with her son), a parent, who attended the meeting with her eight-year-old son Kevin Clark, said she felt relived knowing School 26 has an armed security guard. “I just found out he is armed [security guard at her son’s school], he’s a retired police officer,” said Kelly.

Kelly said she feels safe dropping her child to a school with an armed security guard. “I feel safe dropping off my child,” she said. Kelly added she knows the security officers and some of the teachers at the school.

“Here in Paterson our schools are the safest places in the city,” said Eileen Shafer, deputy district superintendent.