City must shift tax base from residential to commercial, Torres | Paterson Times 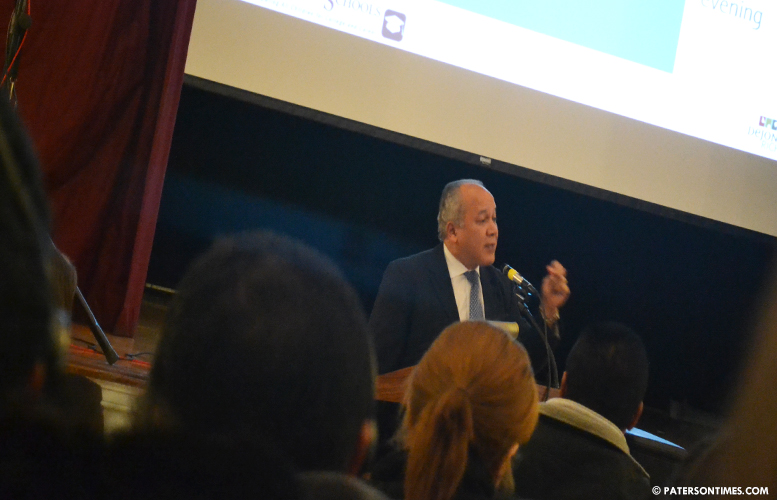 Mayor Jose “Joey” Torres on Tuesday evening told a packed audience in School 25 that his administration is seeking to reduce the city’s reliance on residential property owners for tax revenue.

“In order for us to get our financial house in order, the goal of my administration is to shift the ratable base from the residential component to the commercial component,” said Torres, during his first town hall meeting since taking office in July.

Torres broadly mentioned how he intends to accomplish his goal without providing details. He said the city will host big box stores on the Route 20 southbound. Presently, Micro Center, Lowe’s, Pep Boys and Home Depot sit on the Route 20 northbound. Torres said he wants to put both sides of McLean Boulevard to commercial use. “We will add additional big box commercial [stores] to our Route 20 corridor,” said Torres.

“We’re adding another part to downtown Paterson which is the lower Main Street area,” said Torres. During the past years, Advance Auto Parts and Super Supermarket clustered themselves in the corner of busy West Broadway and Memorial Drive.

Torres owned that addressing the city’s shrinking ratable base is likely to be a tough problem to solve. Indeed, the city has generous tax incentives in place that allows commercial property owners making improvements to their properties to claim five-year tax breaks. Developers wishing to build in the city are able to enter into tax abatement agreements to avoid contributing to the city’s coffers for up to a decade.

That’s almost six to one, said Torres. “For any one family home you have six kids you have to support,” he said.