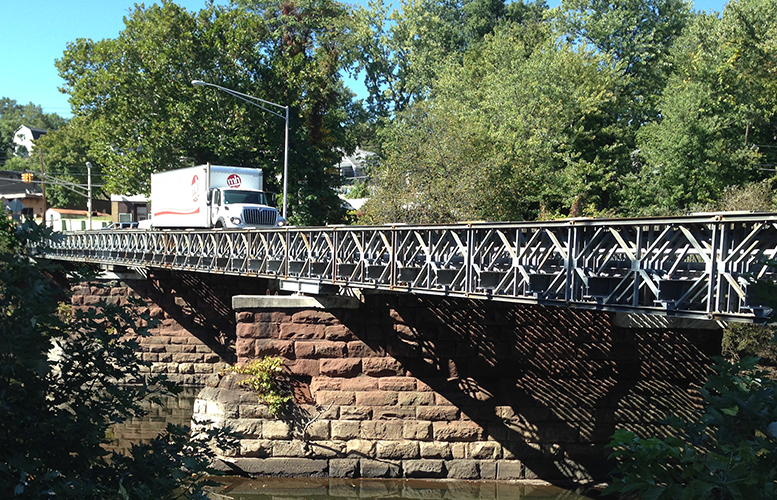 The North Jersey Transportation Planning Authority (NJTPA) approved $600,000 for Passaic County to look into options for replacing or rehabilitating the 6th Avenue Bridge.

“Over a century after it was built, this bridge remains an important entrance point to the city, particularly for workers heading to and from Bunker Hill’s industrial businesses,” said Passaic County Freeholder John Bartlett. “Roughly 10,000 vehicles use the bridge each day, and nearly one in 10 are trucks. We need to make sure that we have a strong, modern bridge in place to support those vehicles and their heavier loads.

Bartlett who is also on the NJTPA board said a sturdy bridge is vital to economic development in the surrounding area.

The funds will enable the county to undertake what is called the Local Concept Development Phase by investigating various aspects of the bridge like environmental, right of way, access, design, and feasibility issues. Following this study the bridge project may be eligible for eventual construction.

Originally built around 1900 the two-lane bridge was partially rebuilt in 1987, but due to substandard width and scour-critical as a result of soil erosion around its piers and abutments the bridge is classified as functionally obsolete.

The 300-foot-long bridge connects Paterson with Prospect Park, Hawthorne and connects Passaic and Bergen counties. Over 9,600 vehicles, including 800 trucks, cross the bridge at 15 miles-per-hour speed limit. It serves as a major transport route for large manufacturing facilities of the Bunker Hill Industrial District.

“The funding from NJTPA is important in terms of the Freeholder Board’s commitment to investing in county infrastructure,” said Freeholder Director Hector Lora. “In Passaic County, all of our deficient bridges have been repaired, are under construction or are in design.”