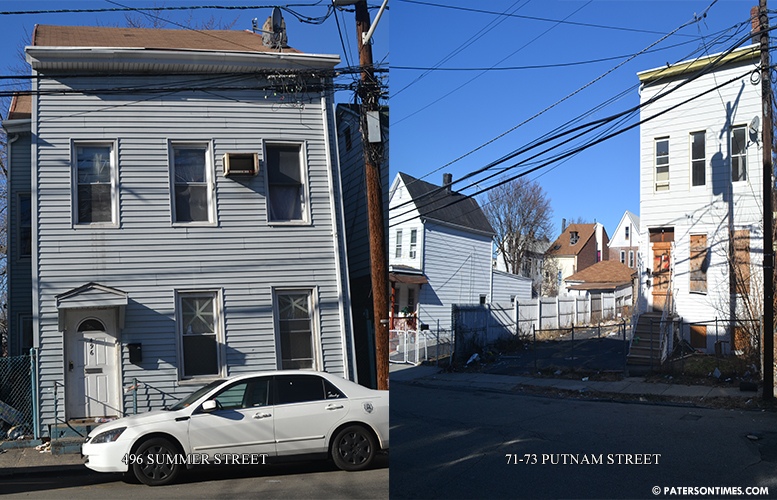 Authorities charged 12 people, including a real estate lawyer, accusing them of mortgage fraud over the purchase of three properties, two in Paterson and one in East Rutherford.

Andrys Sofia Gomez, 47, of Chatham, is alleged to be the main player in the scheme that involved 11 co-conspirator to allegedly steal $1 million from lenders by filing fraudulent mortgage applications, falsifying HUD settlement forms, diverting mortgage proceeds, and laundering them through her attorney trust account, the New Jersey Attorney General’s Office said Wednesday.

The Division of Criminal Justice Financial and Computer Crimes Bureau obtained the three-count state grand jury indictment against the 12 on Wednesday, authorities said.

“Mortgage lenders rely on the attorneys and other licensed professionals who handle real estate closings to act with integrity, but this attorney allegedly betrayed her oath and conspired with her co-defendants to steal nearly $1 million in loan proceeds,” Acting Attorney General John J. Hoffman said in a statement.

Gomez and the others purchased three homes – 21 Jersey Street in East Rutherford; 71-73 Putnam Street and 496 Summer Street, both in Paterson — through “short sales,” pre-foreclosure sales where the mortgage holder allows the sale of the property for less than the amount due on the loan.

The 12 used straw buyers to purchase the homes which were sold at a much higher price to one of the individuals charged or a buyer whose information was used without their full knowledge or authorization. Authorities said the alleged con-artists simultaneously borrowed money for the higher-priced sale as the sale was taking place without informing the lender of the short sale.

The 12 have alleged defrauded lenders out of $925,138, the total obtained through fraudulent loans. Subtracting the funds used to pay for the short sale purchases the 12 made an illicit profit of more than $610,000, authorities said.

“With so much money on the table, con artists have a big incentive to target mortgage loans and real estate closings with their criminal schemes,” Director of the Division of Criminal Justice Elie Honig said. “We create a big disincentive for such schemes through prosecutions such as this one, where the defendants face potential sentences of up to 20 years in prison.”

Gomez who has offices in West New York and Union City handled closing for the property sales. She allegedly used the loan proceeds to pay off the short sale prices and held the remaining money as profit to share with the rest of those involved. To hide her involvement she posed as another lawyer, Amedeo Gaglioti, used his name on HUD settlement forms and received loan proceeds into his attorney trust account. Gomez then allegedly transferred the money from his trust account to her own attorney trust account.

The other attorney Gomez posed as pleaded guilty to second-degree conspiracy to commit money laundering for helping Gomez in her scheme on September 17, 2012. He is awaiting sentencing, authorities said.

“This type of fraud undermines security in the mortgage market and ultimately increases the cost of loans for honest, hardworking home buyers,” Hoffman said. “We will make these offenders pay for their crimes.”