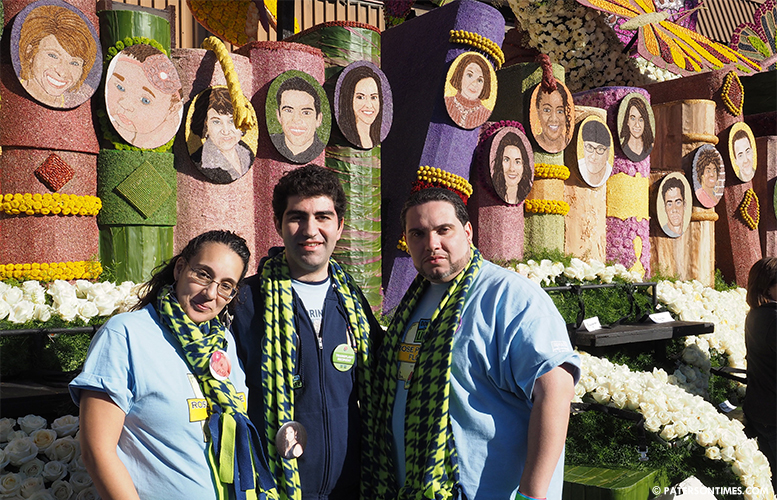 The family of a six-week-old girl who died in a car accident on Route 80 honored the infant’s memory by taking part in the annual New Year’s Day Rose Parade in Pasadena, California which featured a floragraph, likeness of a person created from flowers and seeds, of Melissa Bena Mercado.

Katty (left) and Angel Mercado (far right) attended the parade on January 1 courtesy the New Jersey Sharing Network. The network sponsored the Mercados and three other New Jersey families whose loved ones donated organs to save the lives of others.

The Mercados and others observed their loved ones’ floragraphs pass through the parade emblazoned on the network’s Donate Life float. The six-week old’s floragraph is the second circle from the left.

Her kidney saved the life of a young mother and her heart saved the life of a three-month old boy. Nicknamed butterfly, Melissa Bena Mercado died on March 7, 2013 in St. Joseph’s Regional Medical Center from injuries sustained in a car accident on Route 80.

Recipients like Joe DiSanto (pictured center), a student at Monmouth University in West Long Branch, also rode the float. He received a heart during a transplant surgery when he was 11 years old.

The network connects organ donors to recipients serving its mission “to increasing the number of lives saved through education, research, donor family support and public awareness about the life-saving benefits of organ and tissue donation and transplantation.”