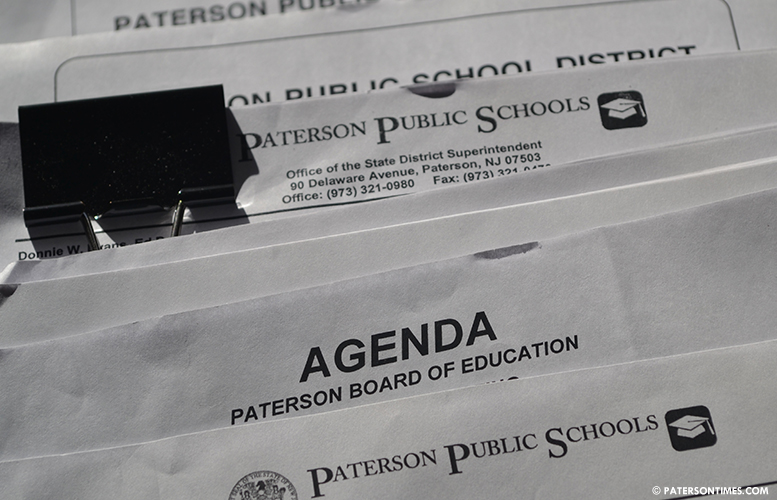 Education officials can reduce their public meetings preparation expense by 50-percent by going paperless, found a report prepared by the city’s school district.

The district currently spends approximately $21,731 per year on preparation for school board meetings. Much of the cost is in copying papers – 270,000 sheets – for 24 meetings scheduled throughout the year.

“There’s approximately over 50-percent savings if we decide to select tablets,” said Daisy Ayala, assistant business administrator, during the board’s January 7th, 2014 session. She said if the district decides to conduct paperless meetings it will have to equip board members with tablet computers.

“A tablet costs less than $1,000 and pays for itself the first year,” said Ayala. Estimates show nine Microsoft Surface Pro 3 tablets with covers – one for each board member — will cost approximately $9,788.

Board members will, instead of sifting through reams of papers, view resolutions and meeting agendas on their tablets. The report showed the district annually spends $1,451 on copy papers; $11,700 on copying; $3,060 on copy machine maintenance; $4,320 on four hours of staff time to make copies; $1,200 on packet delivery.

“We’re actually hosting it in our server, there will be absolutely no cost to that,” said Ayala. She did note that one board member suggested storing the documents in a cloud.

Jonathan Hodges, school board president, said he did not think it prudent to store large amounts of data on a server, for it will eat up storage capacity. “What we need is a cloud,” suggested Hodges. “Where board members can access materials.”

Hodges said board members should be able to readily access the information and be able to share it amongst themselves.

Storing documents in a cloud is certain to decrease the saving of going paperless. A final storage cost for the documents has yet to be determined. “We’re not going to know the cost of that until we know the volume of materials we’re going to store on the cloud,” said Ayala.

“There’s a lot of benefits for example this will expedite the timing of us receiving the documents, also the documents would be readily available at any time,” said Flavio Rivera, school board member.

Rivera said he often desires to revisit certain resolutions before casting his votes; however, sorting through piles of papers has discouraged him. “It’s just very inconvenient,” he said.

Each board member is handed a ream of paper prior to a meeting which includes an agenda and a collection of resolutions for consideration.