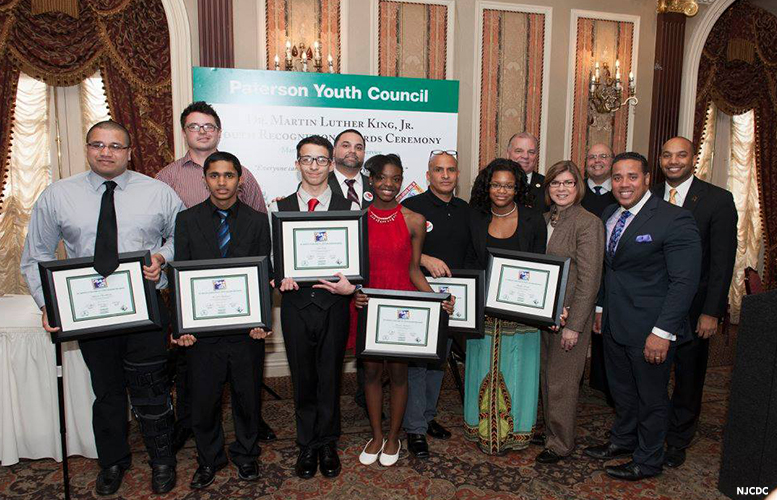 Four city students, one adult, and one organization were recognized for community service and furthering the ideals of Martin Luther King Jr., Monday afternoon.

Students recognized by the council had inspirational grade-point-averages (GPAs) while contributing a large number of volunteer hours to their city community. Moody, an eighth grader in the Norman S. Weir School, maintained a 3.9 GPA, is involved with the Life Changing World, International Church, and Free Teens of Paterson. She serves as the president of her school’s junior honor society organizing breast cancer awareness walk and an annual toy distribution event for needy families. Moody participated in various community clean-ups, clothing drives, and empowerment forums.

Another eighth grader from Norman S. Weir School, Martinez was also recognized with an award. She maintains a 3.75 GPA while volunteering for various city organizations like Stop the Violence, Jump Start, St. Paul’s Apostolic Church, Lambert Castle, and NJ SEEDS. Martinez also serves on the junior national honor society and plays the horn and the trumpet at the William Paterson music program.

John F. Kennedy High School student Rahman has a 4.67 and over 300 hours of community service through School 5’s tutoring program. The 11th grader is involved in the Bangladeshi American Youth Association, the Elysian Fields – community garden, Oasis a Haven for Women, the Department of Family and Community Development, and many other organizations.

Choudhury, the adult award recipient, mentors city students, preparing them for college, through his robotics program. Choudhury also played an instrumental role in turning a vacant plot of land into a community garden, the produce from which is handed to needy families. His garden project created volunteer opportunities for city youths.

Those recognized live up to the virtues and values of King, according to the council.

“It’s cool to succeed in life and get a lot of things, but they don’t mean much,” Martinez told the council when asked why she devotes so much time to volunteerism. “It’s much better to be able to help others succeed and be there for them when they really need it.”