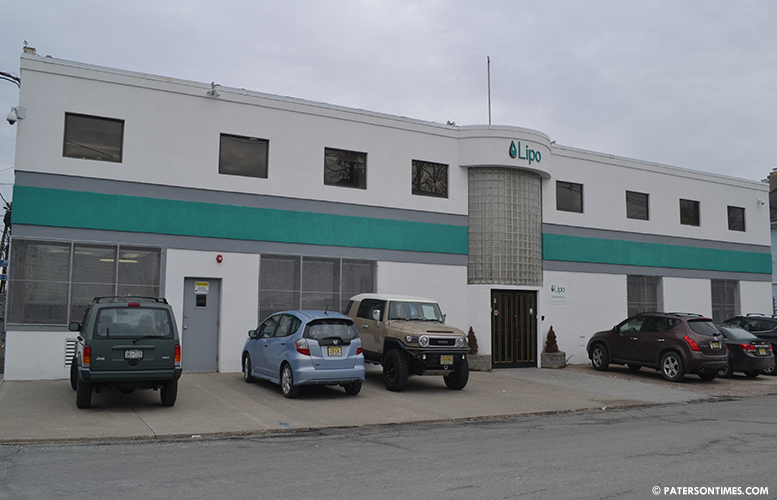 Lipo Chemicals, a global personal care company, that called the city home for more than 40 years is moving the remnants of its operations to Warren Township.

“The move from Paterson was driven by our need to unite our New Jersey team into a single office space to facilitate our work,” said Nancy Clements, vice-president of marketing at the company. She said the company will permanently close its building located at 207 19th Avenue.

After the company was purchased by Chicago-based Vantage Specialty Chemicals in 2010 it ceased to be a Paterson-based company. Subsequently, the new parent company began winding down operations in the city, but promised to remain in New Jersey.

“There was a production building at this same location that was sold after all production was consolidated in Illinois,” said Clements.

“They had been considering moving out of the city for a while,” said Ruben Gomez, economic development director. “They’ve emptied out the building on the south side and it has been on sale for a while now.”

Gomez, who said he has heard about the company’s relocation plan when he first became the city’s economic director, said businesses consider a host of reasons for relocating their operations like reducing costs, communications – being close to their suppliers and clients.

In this case, the company appears to have relocated to be closer to its customer base. “This relocation is in response to a continued focus on the customer experience and reflects our efforts to surpass customer expectations, to best offer uniform service to an increasing customer base, and our testament to our future expansion into the Vantage brand,” stated Clements in the company’s announcement issued January 15th, 2015.

The company is also moving some functions of its Linden campus to Warren County; however the Union County location will continue to be used for warehousing and shipping, according to the company.

Since its founding in the 1960s, the company has been a “supplier of specialty ingredients to the global personal care and cosmetics industries focused on green and natural ingredients,” according to the company. It has offices in 12 nations and distribution network covering 60 countries.

The company, originally based out of midtown Manhattan, called the city home since early 1970s, when it acquired a manufacturing, warehouse, laboratory, and office building in the 3rd Ward.

Gomez said the company’s former headquarters is being looked it by another firm seeking to locate a light manufacturing facility there.

Clements did not say how many jobs were being moved from Paterson to Warren Township. She said the company did not hold any discussions with city officials prior to moving.