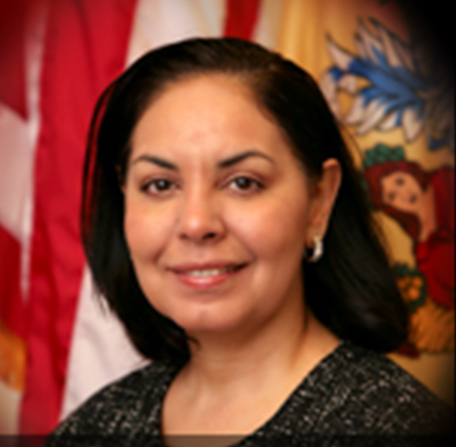 Idida Rodriguez, who serves on the Paterson Parking Authority board, approved a contract with Millennium Strategies, a former client of her lobbying firm 1868 Public Affairs.

The company, which was awarded the contract following an unanimous board vote on March 10th, 2014, was contracted to secure grants for the authority for $2,000 per month or $24,000 per year, according to officials.

Rodriguez said the company was a client of her lobbying firm for two months in 2012, around the same time hurricane Sandy struck the region.

Although the company was a client of the lobbying firm in 2012, lobbying reports filed with the state does not mention the firm, mainly because state law does not require the reporting of local lobbying efforts, according to state officials.

Lobbyists are also required to report certain boards they serve on to the state. Rodriguez reported that she serves on the state’s local finance board to which she was first appointed in January 2009 by then-governor Jon Corzine. She also reported her board position at the Passaic Valley Water Commission to which she was appointed by mayor Jose “Joey” Torres; she was never re-appointed by Torres’ successor Jeffery Jones.

She does not report that she’s serving on the authority’s board because state law does not require lobbyists to report the local boards they serve on. Although not required some like assemblyman Raj Mukherji, who serves on the Jersey City Housing Authority board, voluntarily disclose the information on their reports.

Rodriguez, who was appointed to the authority’s board by Torres in 2009, said she did not see any issues with the vote.

There have been issues with contracts approved by Rodriguez in the past. In October 2009, Rodriguez allegedly steered a $749,000 contract to a client of her lobbying firm Medina Consulting/Carillo Engineering, engineering firms, for the controversial reservoir capping project, while serving on the water commission’s board, according to media report.

The New Jersey Attorney General’s Office opened an investigation subpoenaing records from the commission, according to media reports. Peter Aseltine, spokesperson for the attorney general’s office, would not comment on the almost half-decade old investigation.

Rodriguez was also involved in a scandal in 2004 during which it emerged a large number of donors to Torres and Nellie Pou were receiving lucrative contracts from the city’s school district. Rodriguez, who is in Torres’ inner circle along with Pou, secured a $1.5 million contract through her firm Irodz Associates from the then School Construction Corporation, forerunner of the School Development Authority (SDA) to increase minority representation in construction work.

Rodriguez’s closeness – described by detractors through derogatory expressions — to Torres and Pou is attested by her being listed as the first professional reference on Clarissa Torres’ resume. She also played an important role in securing Torres his business administrator job in Jackson Township through George Gilmore, a partner in the same lobbying firm.

Rodriguez served as chief of staff for Pou in the past and also worked as campaign manager for Torres’ 2002 run – she also took an active role in Torres’ 2014 campaign.

The authority ended its contract with the company after it saw little success in obtaining grants.

Correction(s): Rodriguez did not serve as Torres’ campaign manager. Torres’ brother, Freddy Torres, served as manager for the mayor’s most recent election.