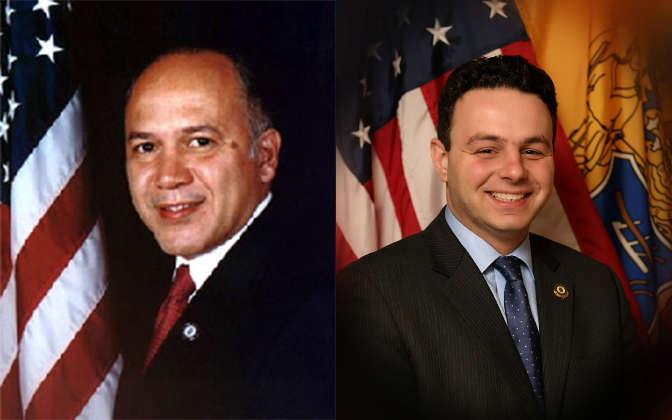 A Roseland-based law firm with a city contract has been contributing to the campaign accounts of mayor Jose “Joey” Torres and councilman Andre Sayegh despite a city ordinance that prohibits such practices.

McManimon, Scotland and Baumann, the law firm, contributed $500 to Sayegh’s campaign on May 5th, 2014 and $500 to Torres’ campaign on May 12th, 2014. The city’s pay-to-play law bars companies holding or seeking city contract from making reportable contributions to candidates seeking elective office or holding elected office.

However, instead of helping the company obtain city contracts it has hindered it. On December 16th, 2014, the city was prepared to award a $31,000 contract, but was forced to pull the contract when informed the company contributed to Sayegh.

Sayegh was told by a reporter that he had received a contribution from the company which compelled the councilman to inform the city’s law director Domenick Stampone who ended up pulling the contract awarding resolution from the council’s agenda.

Moving forward to February 10th, 2015, the council approved a $8,913 payment to the law firm for services it rendered during the dissolution of the Municipal Utilities Authority.

“This contract was awarded back in December 2013,” said Stampone. “They did work during that year above and beyond.”

Indeed, city record shows the contract was awarded in 2013; however, the ordinance states: “No contract subject to this ordinance may be renewed, extended, or materially modified unless the resulting renewal, extension, or modification would be allowable under the provisions of this ordinance if it were an initial contract.”

Even though the contract was awarded almost two years ago extension or modification as was done this Tuesday appears contrary to the local pay-to-play law.

Council members voted to approve the payment with the exception of Sayegh.

“I recused myself,” said Sayegh.

Other council members though had no way of knowing whether the company had made political contributions.

The city’s ordinance calls for companies wishing to secure “professional services” or “extraordinary unspecified services” contracts – legal, lobbying, public relations, management, and consulting — to disclose, through a certification, campaign contributions they have made to candidates and elected office holders for a 12-month period.

No such certification was attached to the resolution as is called for in the ordinance.

If contributions are disclosed, a company is able to cure the violation by notifying the city and recalling its donations.

“What we’re doing now is with every new proposal we send out, we include the ordinance for them to certify whether they did or did not [make political contributions],” said Harry Cevallos, purchasing agent.

In the meantime, the ordinance does empower aggrieved city residents or associations to pursue civil action for violations of the ordinance in New Jersey Superior Court. A resident or association is also able to secure reimbursement for legal fees associated with taking such an action, according to the ordinance.

Torres did not respond to a message seeking his comments for this story.