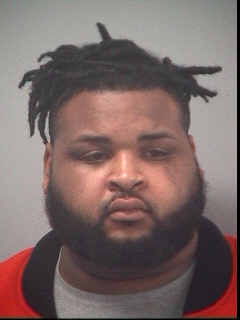 A city man was arrested on Preakness Avenue on charges of drug possession and distribution Wednesday evening, according to Passaic County Sheriff Richard Berdnik.

The suspect Leon Kinchen, 26-year-old, was in the area of Preakness and Chamberlain avenues at around 7 p.m. on Wednesday. Detectives observed Kinchen from a parking lot as he exit a taxi cab.

When detectives approached, Kinchen tossed several items under a vehicle which were later determined to be 200 packets of heroin with a street value of $750, Berdnik said. Kinchen was also found to have an active criminal warrant out of Paterson.

“This arrest was based on community based information regarding narcotic activity,” Berdnik said. “The Sheriff’s Office will continue to arrest individuals involved in the drug trade.”