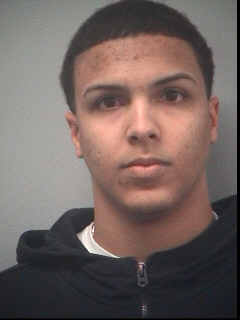 A 19-year-old alleged drug dealer was apprehended on Thursday night near Wayne and Totowa avenues, according to Passaic County Sheriff Richard Berdnik.

Jonathan J. Cruz, 19-year-old, was arrested by sheriff’s officers at around 7:30 p.m. Thursday, during a surveillance operation conducted at the intersection of Wayne and Totowa avenues.

City resident Cruz was observed in a gray 2003 Acura that was driving erratically in the area. Authorities stopped the vehicle after it pulled into a poorly lit parking lot, Berdnik said. Officers approached the vehicle detecting strong raw marijuana odor emanating out of the Acura.

Berdnik said officers searched the vehicle recovering almost half a pound of marijuana with street value of up to $1,650. Authorities also recovered $680 in alleged drug proceeds inside the Acura.

Cruz, the vehicle’s driver, was arrested and charged with marijuana possession with the intent to distribute within 1,000 feet of School #5, authorities said.

Berdnik said authorities later learned Cruz was arrested three other times on similar charges in the course of the last two months.