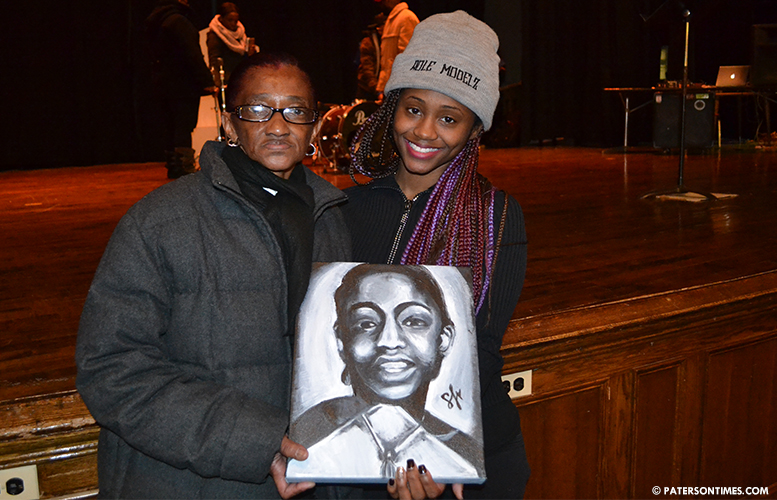 Family and friends of slain teenager Lawrence Meyers, whose shooting death ignited a firestorm in the city during the mid-1990s, gathered in the auditorium of Eastside High School on Saturday afternoon to commemorate the 20th anniversary of the 16-year-old’s untimely death at the hand of a city housing policeman.

A childhood friend of Meyers, Tyronne Moon, 35, organized the event attended by well over 100 people, to make sure the memory of his deceased friend is never forgotten.

“He was my friend. Every morning he’d meet me right down there by my locker,” said Moon pointing to set of lockers situated outside the high school’s auditorium. “He’d ask me to give him a piece of gum, but I’d tell him, ‘Damn Lawrence, you ain’t stop at the store this morning?’”

After feigning irritation Moon said he usually handed Meyers a piece of gum. Meyers would then head to homeroom to begin his school day. Both were sophomores in Eastside High School.

On Tuesday, February 21st, 1995, he very likely went through the same routine, until about 7:25 p.m., when Meyers and two others were snared in a narcotics investigation conducted by 4 veteran city police detectives and two city housing police officers among them Ronald Cohen, a 25-year-old rookie. 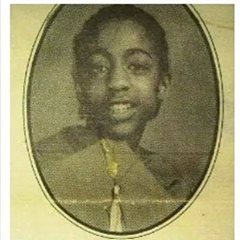 Cohen was subduing Meyers outside of 342 Ellison Street when his gun fired striking the teenager in the back of his head. Days following the shooting, the city exploded in protests, hundreds of angry youths smashed windows of Main Street businesses in the downtown area.

Looting was common as police struggled to restore order. Moon, who was a student leader at the Park Avenue school, recalled the entire school emptying onto the street to protest.

“There was demonstrations and gatherings every night for two weeks straight,” said Moon. “Some were peaceful, but some turned violent.”

One rally turned so violent that police began pepper spraying protesters. Moon said Meyers’ mother was maced at one protest.

Galvanized around the shooting of an unarmed teenagers, not unlike recent events in Ferguson, Missouri, protesters, mostly African-Americans, railed against the brutalities inflicted upon them by a mostly white city police force.

Margaret Meyers Walls, the slain teenager’s mother, said Saturday, race played a role in the shooting of her son 20 years ago, but she added inexperience of the police officer probably had a much bigger role.

At the event Walls, 63, (pictured, left) was overwhelmed by the tribute to her son. A local rapper from the 4th Ward, Be God, dedicated a song to Meyers, mentioning the circumstances surrounding his death. Shakora Johnson (pictured, right), 25, spent two days painting a portrait of the youth, which she handed to the mother during the event.

An amateur poet, Qiayamah Rogers, 24, wrote a poem that listed the number of prominent cases of young black men – Michael Brown, Phillip Pannell, Eric Garner — untimely killed by police officers. She intoned the names of those killed will forever remain carved in the clouds including that of Meyers.

Like in those cases, the police officer, who fired the weapon that took Meyers’ life was exonerated. “There was anger, frustration, and we felt that justice was not served,” recalled Moon, when he heard the news Cohen was exonerated. “Not only was he unarmed, but his back was turned towards the officer.”

Moon said he re-lived that same experience in a “déjà vu” moment when the officer who fired the shot that killed Brown was exonerated. He said when he watched the news exonerating the police officer who killed Brown, it was “déjà vu” all over again, as if he were re-living 1995 in Paterson.

“I ask myself have we really moved ahead?” asked Moon. “It makes me wonder how much has changed because the same result we got with Lawrence Meyers in 1995.”

“They didn’t justify him killing my son who wasn’t armed,” added Walls.

“We wanted justice for our brother,” said Kiyaun Hansford, 38, older brother to Meyers. The mother said that justice never came to pass for her family.

Cohen, a white policeman, was put on desk duty, due to intense community pressure. He was later fired for substandard performance.

Rashawn Meyers, 42, said he has found the compassion to forgive Cohen. His brother Hansford said he too has forgiven Cohen for taking the life of their younger brother, but added: “I want a public apology from him.”

Though Hansford has yet to receive a public apology, the family certainly received a great deal of tribute from those who were barely of remembering age in 1995. Rogers, who wrote a tribute poem to Meyers, was only five when the teenager was killed.

“It’s our duty that his name lives forever,” said Moon.

Correction: An initial story stated Trayvon Martin was killed by a police officer, he was in fact killed by a neighborhood watchman [SJ].