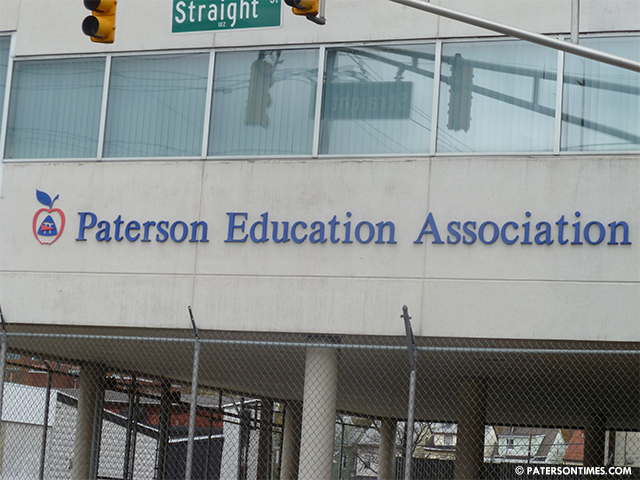 Two city teachers have declared their candidacy for the Paterson Education Association presidency. John McEntee, a School 20 teacher, and Javier Fresse, a Napier Academy teacher, will vie for control over the union’s executive seat in May. Peter Tirri, the incumbent president, has yet to make an announcement whether he intends to defend his seat.

McEntee publicly announced his candidacy on Monday. “As your candidate for President of PEA, my mission is to unite the union into a powerhouse organization for meaningful progress,” said McEntee in his announcement. “We do not intend to be only a social organization. We plan to return the union to the membership.”

Even before the announcement, McEntee has been building support among disaffected teachers who say last year’s collective bargaining agreement was a bad deal for the union. He has groups in social media websites where teachers have vented frustration and anger at the new contract that was narrowly adopted by the union’s membership.

“After the last contract I saw that things could be done better,” said McEntee. He said a negotiating team that he was part of during the contract negotiations was disbanded with almost no explanation.

He said a newsletter was sent to all of the union’s members informing them of New Jersey board of education commissioner’s demand. “I can’t help it, if he didn’t read it,” said Tirri.

McEntee said he would hire a labor attorney to negotiate future contracts with the state and the district.

Teachers have said the new contract does not raise base pay on the salary guide and over time creates savings for the school district by taking from teachers’ paychecks by paying them less. It does little to reward teachers who obtain advanced degrees, say teachers.

“We have reached a crossroads in our union,” wrote Fresse. “Now is the time for bold leadership, experience and forward thinking.” He too recognized the dissatisfaction that has resulted from the contract settlement.

Fresse wrote he wants to strengthen the union while providing “representation at the bargaining table and at our worksites.”

So far there are two slates of candidates.

Fresse’s team consists of a good mix of veteran and new teachers. “This team, that has been assembled to serve our interests, hails from a variety of backgrounds and possess unique skillsets that will take this union forward into the coming years,” wrote Fresse. “The passion and power exhibited by my running mates makes me proud to consider them the best people to help lead us into a new era of mutual gains and shared respect.”

“For me, the main focus for our team is to restore the faith of our Union to the membership,” said Charles Ferrer, who is running for first vice-president slot. “We want to send a clear message to the District that we are strictly about business.”

The union’s election is slated for May, but an exact date will not be marked until the election committee meets to determine it so. “The committee that oversees the election will be elected tomorrow,” said Tirri.

When asked whether he intends to retire this year, Tirri said, “At this point I haven’t made a decision on that.” He also said he has not yet to decide whether to defend his seat in the upcoming election.

This article was updated on Tuesday, February 24th, 2015 at 4:15 p.m. with comments from teachers union president Peter Tirri.