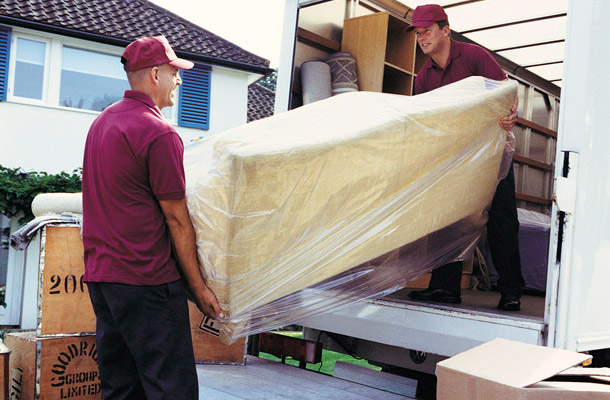 A sting operation that began in November 2014 found 19 companies were operating in violation of state law and face civil penalties up to $2,500, according to the state.

“Too many consumers have been ripped off by movers who held their furniture and other goods hostage while demanding outrageously inflated prices,” Consumer Affairs Acting Director Steve Lee said. “Protecting consumers begins with our enforcement of New Jersey’s licensing laws.”

Seven moving company employees who are in this country illegally had criminal records. Three of these employees had previous convictions, according to authorities. One person from Ecuador had two Driving While Intoxicated (DWI) convictions.

Another from El Salvador had a conviction for sexually abusing a minor, gun possession, and disorderly conduct. A third individual from El Salvador, a MS-13 gang member, was convicted on criminal attempted theft.

The U.S. Immigration and Customs Enforcement (ICE) will pursue federal criminal prosecution for one of them who was previously deported but re-entered the country a second time.

“The outstanding partnership between ICE Enforcement and Removal Operations (ERO) and the New Jersey Division of Consumer Affairs once again demonstrates the necessity for law enforcement agencies to work in concert to keep our streets safe,” John Tsoukaris, ICE Enforcement and Removal Operations field officer director, said. “ICE will continue to work with our law enforcement partners in New Jersey to arrest and remove convicted criminals and other priority aliens.”

The sting operation began with consumer affairs investigators posing as consumers in need of moving assistance. Investigators made appointments with the unlicensed companies from online listings on Craigslist, Angie’s List, and even some vendor websites.

Moving companies sent crews to a fictitious address in Wyckoff falling into the second phase of the sting operation. The unlicensed movers were inspected by state and federal agents. Officers from ICE, New Jersey State Police, and U.S. Department of Transportation, Federal Motor Carrier Safety Administration (FMCSA) participated in the operation.

There are 310 licensed moving companies in the state, authorities said. The companies that face penalties can apply for state licensure within a 30-day period for a reduced penalty of $1,250. Two movers have taken advantage of this policy by becoming licensed and two more have submitted applications.

Seven companies have paid a total penalty of $12,500, according to the state.

“This sting operation – and our partnership with ICE and the New Jersey State Police – is protecting New Jerseyans from significant potential harm, even as it helps prevent consumer fraud,” Acting Attorney General John J. Hoffman said. “Moving companies must comply with our laws.”

“Consumers should learn as much as possible about any moving company – including learning whether it is registered – before entrusting its employees with their belongings,” Hoffman said.

Consumers are can call the Consumer Affairs Division at 800-242-5846 to verify the license status of any moving company before hiring and also ask about any complaints filed against the mover.