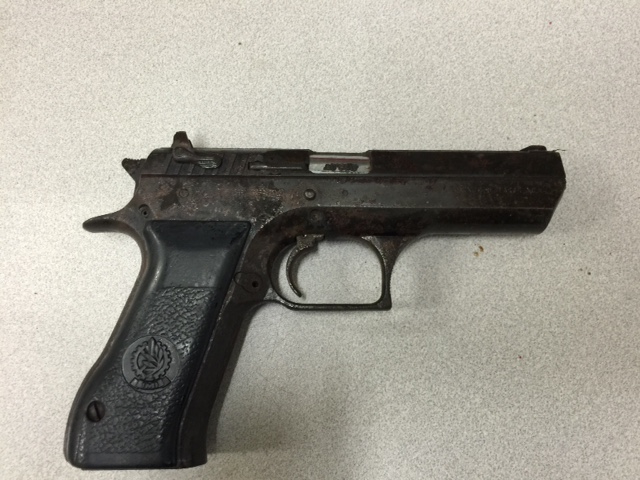 Sheriff’s officers recovered a firearm that was stashed inside a garbage can in the area of Jefferson and North 2nd streets on Thursday evening, according to Passaic County Sheriff Richard Berdnik.

Berdnik said detectives acted on information provided by a citizen. Detectives found an unloaded semi-automatic .40 caliber Smith and Wesson stashed in the garbage can near the intersection of North 2nd and Jefferson streets.

Detectives located an unloaded semi-automatic .40cal Smith and Wesson inside a garbage can.

“Once again great police work was able to get handgun off the streets of our County,” Berdnik said. “Hopefully one victim of gun violence will be saved because this has been decommissioned.”